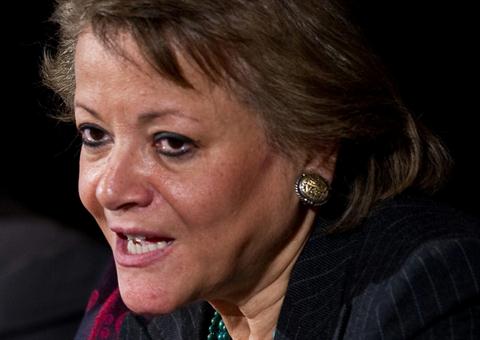 “Water is particularly an important sector in Egypt and the European Union has not been involved in it before, and that is why it took it as a priority to have a hand in the sector, Diego Meladdo, counselor and head of the economic reform sector with the commission told The Daily Star Egypt. Meladdo added that from an economic point of view, the sector will soon become an important element in bringing more investment opportunities to the field in the near future.

Government-initiated steps provided the initial encouragement needed for the commission to direct a grant to the water sector. “There have been in the very recent past a series of reforms and we have seen a level of political and strategic commitment from the Egyptian government, said Meladdo.

The reforms are part of an ongoing, larger governmental scheme of decentralization and increasing the efficiency of the relatively dormant incumbent government authorities. “We have seen some promising documents, Meladdo said.

The Egyptian government launched a National Water Resources Plan in May 2005 in a bid to improve water supplies and management. The European Commission’s grant plan will work closely with this program in an attempt to improve water resource management and ensure a sufficient supply of drinking water. In the meantime, this improved management will also guarantee that the conflicting needs of industry, agriculture and other water uses are met.

Last year s presidential decree creating a new holding company to replace the established and less efficient economic authorities played an equally important role in encouraging the commission to embark on the grant program. Decree number 135 for the year 2004 provided for the establishment of the new Holding Company for Drinking Water and Sanitary Drainage and affiliate companies.

“The main challenge to [water management in Egypt] is the legal framework, added Meladdo, referring to issues related to water, including environmental concerns and public/private partnerships.

The macro-economic policy and public financing chapter of the grant covers management approaches, the budgeting process and the level of decentralization and how to implement it in terms of budgeting.

Finally, the program will foster the role of the regulator, to be created along with the holding company and its affiliates, to ensure a permanent water supply for all citizens, plan rural sanitation and balance investment decisions with infrastructural needs – goals which can best be achieved with adequate involvement of the holding company on both levels.

The European Commission’s grant program also aims at concentrating on the nationwide development of a water supply and sanitation master plan, including a rural sanitation strategy. A technical assistance dimension is also provided for the relevant Egyptian authorities.

“We are working closely and are in constant dialogue with the concerned ministries, the ministry of finance, housing and water resources and irrigation.We are disbursing funds directly to the government s budget and we will very soon give out the first funds for the initial chapter of the program, said Meladdo.

The program is the first endeavor of the European Commission in support of water sector reform in Egypt.Previously, European countries, including Germany and the Netherlands, have embarked individually on bilateral agreements in support of this reform scheme. The European Union s continuous economic support to Egypt does not come as a surprise.

“There is a clear-cut trade agreement between Egypt and the European Union that consists of removing barriers and enhancing economic performance, said Samir Makari, professor of agricultural economics at the American University in Cairo.

He described the agreement as a precise and clear one, explaining the stances of the commission and its sponsoring policies. “Normally, the European Union has to give its support to areas that have a competitive nature or a comparative advantage, he added, pointing out that the water sector is one that clearly fits the comparative advantage profile in Egypt.

“Also, if you direct your money towards privatization, you guarantee the opening up of barriers, and hence benefiting, said Makary.

In 2005, the European Commission has provided Egypt with grants worth 110 million Euros.