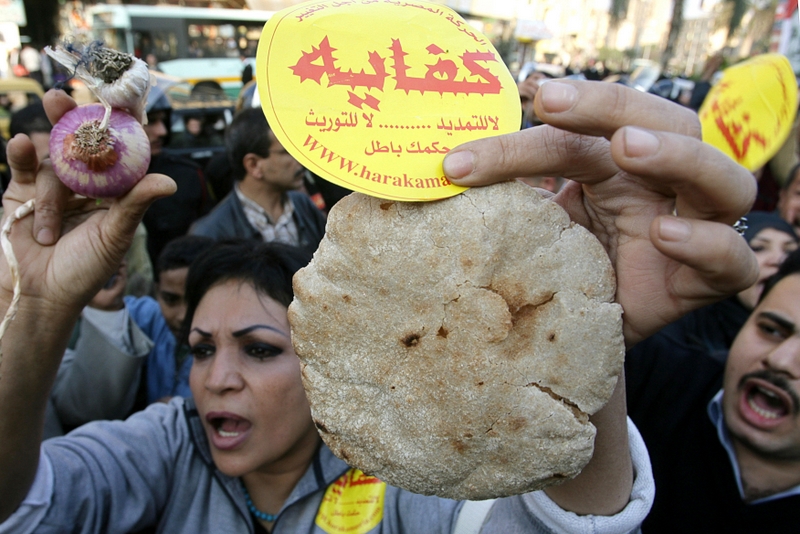 Activism in Egypt has never before reached the level it is currently enjoying. With the growth of movements such as Kefaya, (Enough), and the Muslim Brotherhood, it appears Egypt is ready to make its move toward true political reform. An organizer for the Kefaya movement, Ahmed*, believes the time is right for continued activism.

“No longer will the government continue to repress our actions because we have gained much respect over the past few months, he said. “This should allow people to begin to see that they can stand up to the government and demand a better way of life under improved conditions. Kefaya is an independent organization whose goal is change within the government. Over the past eight months they have organized numerous protests in Cairo calling for such change. Their largest protest to date was on the day of the presidential election, where approximately 2,000 people marched through downtown Cairo chanting opposition slogans. Most of the activists say that this protest was a success and they believe that it was able to garner more support for their mission.

Kefaya has garnered a great deal of attention from the west over the past few months, due to the high volume of protests and the subsequent quashing of demonstrations by government forces.

“We have galvanized the world as well as Egypt into believing that we have a real chance at succeeding in making changes in this country, Ahmed said, adding that “without a belief that we [Egyptians] can do something there is no hope, but one thing Kefaya has done is made hope a reality.

Egyptian politics have been a stagnant for most of the past quarter of a century since Mubarak took the reigns of the presidency in 1981. The nation has been living under emergency laws since then, making it difficult for real protests and demonstrations to take place. Still, Kefaya and the Muslim Brotherhood have grown over that same time, making them the largest and most popular opposition groups in the country.

Not every Egyptian believes in Kefaya, however. Sally, a senior at the American University in Cairo, finds it difficult to follow a movement she believes will bring an Islamic revolution to Egypt.

“Why would I support a group that is advocating a change in [government], but has no plan for what to do following the removal of Mubarak? she said, adding “What do they want? All they are to bring is another Islamic revolution to Egypt and we can’t have that.

Her reaction is not unfounded. The region has seen an increase in Islamic activism over the past few years, including a number of calls for implementing Islamic law as the government’s only rule of law. This leaves many people skeptical of such movements that call for the removal of Mubarak, who has clamped down on Islamic groups during his rule as president.

Despite the attempts by the Muslim Brotherhood to appeal to the larger population that they are not a movement in the same form as Algeria or Iran, many upperclass Egyptians find it difficult to believe.

“The Brotherhood is popular and is calling for their participation in the political system, but why should we believe that this will be any different than other places in the region, considering what has happened in Algeria and Iran, Sally questioned. “I too want to see change in this country, but with so much corruption it is difficult to believe the words of an organization that has as its platform Islamic law.

The majority of those who support the Brotherhood and Islamic organizations believe that such groups will provide them with jobs and economic prosperity.

The poorer people in Egypt believe that the Mubarak government has not done enough for them and are looking for real change in the politics of the nation.

Islam gives them that change they feel.

The future of Egypt lies in the youth of the country.With a large majority of the population under 30, it is vital to the success of the recent democratic process that they become active in the fight for their country.” We must strive to find better ways in which Egyptians of all walks of life are able to participate in the political world of Egypt, Sally stated.

Ahmed stresses similar views. “I hope that the next round of elections will bring more change and make it possible for all Egyptians to participate without worry for whom they vote for, he said.

Egypt still has a long way to go before they are an active democratic state.

Yet, the first hurdle has been partially cleared despite the trouble that the first rounds of elections brought. Optimism is brewing in the country, and many Egyptians believe this is due to the activism of the Muslim Brotherhood and Kefaya.

* Not his real name.

Kefaya to organise protest in front of High Court