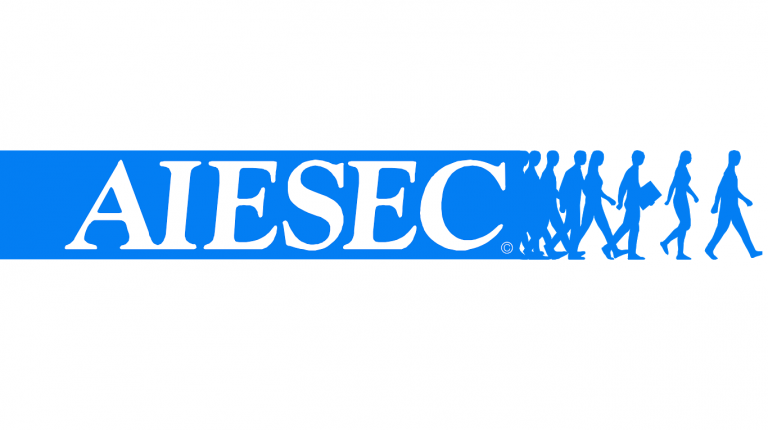 It is the first time in 59 years that the meeting is being held in the Middle East or North Africa region. The purpose of the meeting is to plan future “global strategies, and to elect the new leadership team.

The opening day consisted of three parts: opening ceremony, debate on free speech, and a festive “Global Village, where representatives introduced their countries. It was also the first year the Middle East and North Africa were joined in the same “Growth Network, regionally associated groups which meet on relevant topics.

Aiesec is the largest youth organization world-wide, with an international network across over 800 universities in 95 countries (including Togo, Azerbaijan, Georgia, and Latvia) and an estimated 22,000 members. Their aim is to develop student leadership and work towards peace via conferences and cross-cultural internship opportunities.

After settling in with Pharaonically-dressed bagpipe players, regional cheers by the Growth Networks, and tanura dancers, the debate on free speech began.

Although Danish delegate Peter Mols told The Daily Star Egypt that he hoped the discussion would not revolve around his country’s notorious cartoons which fueled Muslim anger and boycotts in 2005-6, the discussion centered basically around that topic.

Organizer Maggie Riad told The Daily Star Egypt that the “Free Speech debate was selected because the Middle East as a region “is known to have a lack of it. Still, she wants people to know that “just because there are challenges, it doesn’t mean we’re not interested.

Leach told delegates that political free speech was a “hard-won right to achieve. Rather than creating increased conflict, Leach claims that societies with freedom of speech are “paradoxically, very cohesive. It creates harmony out of disharmony.

He told The Daily Star Egypt that suppressing freedom of speech creates many outsiders, creating a volatile situation which can easily “explode. He does believe there is progress being made in the region, though. “Examples flow in and give people courage . The boundaries are getting pushed back.

Soliman surprised some delegates by stating that Islam actually acknowledges and stipulates freedom of speech. In fact a presentation he gave to Danish journalists in Denmark following the cartoon crisis was entitled “Freedom of speech has no limits in Islam.

“The enemy is ignorance . a lack of information, he said. To that end, Aiesec administration accepted Soliman’s offer to a presentation on Islam during the group’s stay.

He did distinguish, though, between using the right to address a tyrant or oppressive system – which Muslims should never be afraid to do – and using the right against an already oppressed or ill-treated group of people.

“Freedom of speech has no limits but it has a direction.

He added that Muslims often react with anger to the double-standard allowing criticism of Muslims, while a similar cartoon of a rabbi would have been deemed “anti-Semitic.

Leach also differentiated between the right to freedom of speech and the wisdom of free speech.

Danish Mols defended the right to print the cartoons, suggesting that criticism of Islam had been taboo in his country and that the newspaper was trying to renew discussion of Islam, a faith to which many adhere in Denmark.

A Norwegian participant offered a different perspective on the issue. “How could we justify insulting millions and millions of Muslims while we have a law not to insult the royal family?

Another delegate from Denmark suggested that she did not “sympathize with this debate.

“We shouldn’t be talking about culture against culture . we should create a dialogue on an individual basis.

“The dust of the days start to cover your dreams but they are still there. Dreams never get lost.

Using the analogy of Michelangelo’s sculpting of David, Dos Santos said: “The world we all want to live in is there. We just need to take away everything that is not that world.

Stanley Joseph from Tanzania told The Daily Star Egypt that he joined Aiesec because he wanted to be “an agent for change. He wants to empower young people and to work toward making sure youth are living properly.

“You can’t talk about peace when you are hungry or your mom is dying.