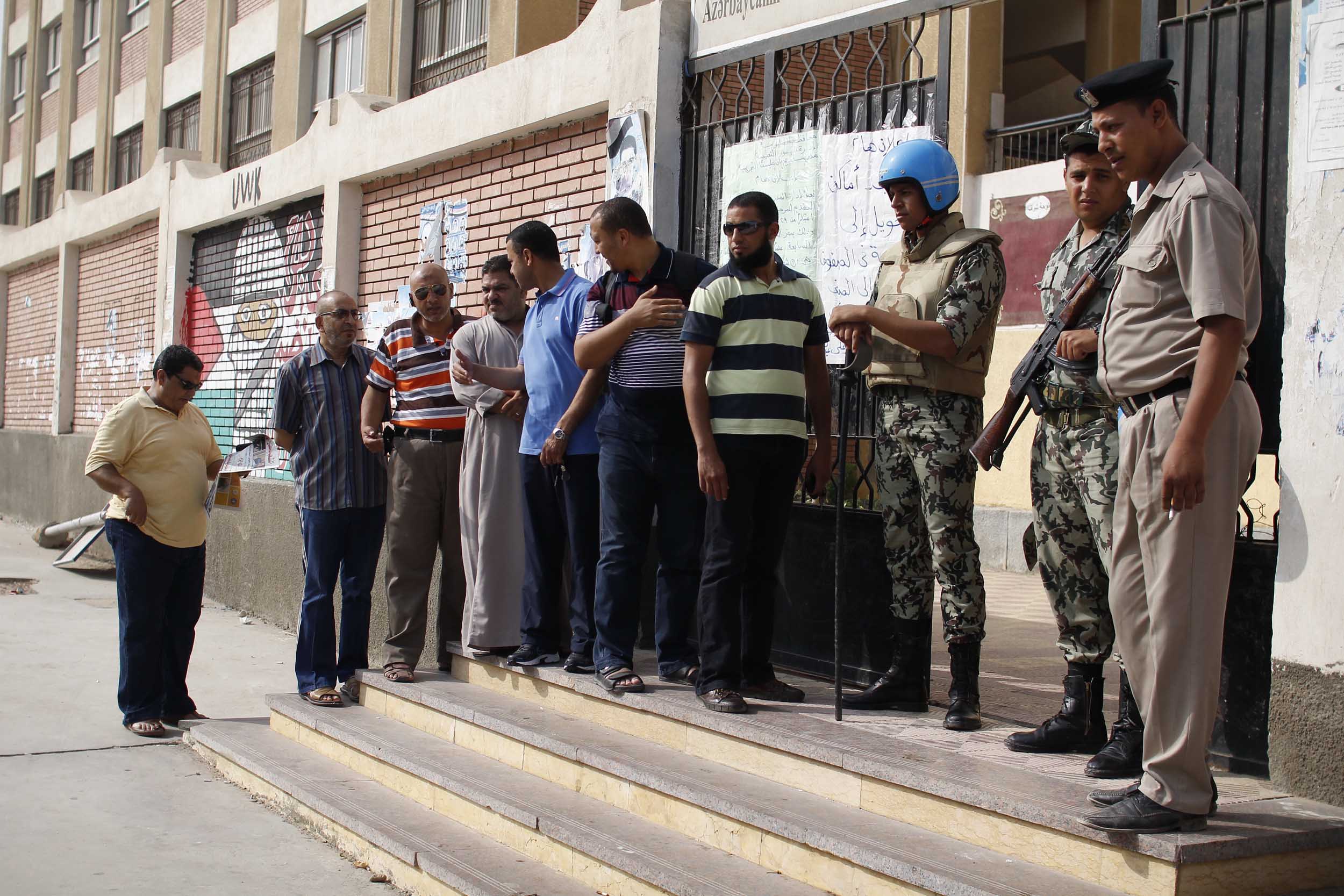 At the Gamel Abdel Nasser Girls School in the Dokki suburb of Cairo, a man dotted back and forth along a line of nearly 30 voters asking for advice, who he should vote for as Egypt’s next President? As a first time voter his confidence in choosing was further challenged by his illiteracy. He struggled to find his name in the registration list, he wasn’t able to write his voter ID number without the help of other voters and was only sure of the candidate he finally decided upon by their symbol.

In an effort to help him, some voters in line told him to vote for the scales of justice, referring to Mohammed Morsi’s Freedom and Justice Party. Some older gentlemen threw some sideways remarks at him that what he really wanted was stability, so he should pick the ladder, referring to Shafiq’s assumed popularity among the urban poor, eager to re-start the economy and move away from the economic turmoil caused by revolution and reform. “Pick the one on top”, they told him.

Whoever Egypt elects as its first President since the ousting of Hosni Mubarak last year, one thing is for certain, this is a historic vote, though you wouldn’t be able to tell by the quiet, even “sullen” lines as described by one reporter for the L.A. Times. Egypt seems to have failed to produce the soul stirring election its dramatic uprising seemed to promise. At the end of the first voting day, the Supreme Council for Elections put the turnout at 15%.

“You can tell that this is the end of a long and process,” said one young first time voter in his late twenties who said he was in line “to not vote for Shafiq”. When he submitted his ballot he tried to dip his middle finger in the ink, a last jab of disdain against a process which has not yielded a candidate he can feel good about.

The parliamentary elections last October produced the “V for victory” indigo stained fingers waved for the international media by voters coming out of election centres. Yet after two days of voting for Egypt’s highest post, Egyptians are shuffling in and out as quickly as they can, visibly exhausted.

For many the voting can feel futile in the wake of the recent dissolution of Egypt’s elected parliament. Mohamed Ghoneim, Founder of the Positive Movement political party and voting campaigner described the disappointment felt by so many, ‘’the recent decision to dissolve parliament erases millions of democratic votes for a parliament I may not have been a fan of, but it leaves a negative image of the revolution and any hope for the existence of legitimate elections that lead to transparent government.’’

Expecting a higher turnout for a highly polarized election in the region’s largest nation, international observers came out in full force but most are coming away from the two days of voting with a view that the process in Egypt is still far from being politically transparent. The Carter Centre reported restraints imposed on their observing delegation by the Presidential Elections Committee, including having their analysts kicked out after 30 minutes from entering the a polling stations for monitoring or getting kicked out for discussing the voting process with voters in line.

A major cause of scepticism is the conundrum of how a new President will be sworn in without a legitimate constitution at hand and a functioning parliament. As voters trickled out from the election centre in Dokki, they were approached by television crews and cameras eager to record some reaction to the experience. Many were just waved off.
Additional reporting by Sarah Mojaddidi