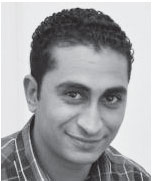 As the second round of Egypt’s first presidential elections after the 25 January 2011 revolution draw to a close on Sunday, Columnists and opinion writers of various Egyptian newspapers attempt to analyze the political situation with only a few hours before the newly elected president is announced. Egypt continued with its presidential elections in the absence of parliament or a constitution, leading many to describe the latest developments as a “complete military coup”. Within the two-day run-off elections, some writers criticized the way Ahmed Shafiq, Mubarak’s last prime minister, tries to wear the guardian mask of a civil state, and the way Mohamed Morsi, the Muslim Brother’s figure head, tries to appear as Egypt’s life-saver against a restoration of the old ousted regime. Another issue explored in Egypt’s press is the absence of reconciliation between political powers and the lack of unifying focus. As some columnists put it, powers have either tried to dominate the political landscape, as in the case of the Islamist parties, or descended into internal fights, as was seen within the sphere of liberal political powers. In doing so everyone forgot to find out what is best for Egypt!

In his article entitled, “What after the presidential elections?”,Ahmed Ezzat starts by examining the relation between the next president and the bulk of the Egyptian voters. He states that neither Ahmed Shafiq nor Mohamed Morsi are the perfect choices for voters, who for the most part did not participate in the first round. Those who are participating now face a choice between two unpleasant options; the Mubarak-era man of state, who survived the political disqualification law, and the leader of the Muslim Brotherhood, whose negotiations with the military authorities at certain stages helped to sap revolutionary energies. Ezzat then assesses the relationship between the forthcoming president and the now-ruling Military Council. He questions the will of the Military Council to completely cede its powers to whichever candidate assumes the presidency. He even believes that the recently issued judicial detainment law added to the restoration of the Military Council’s legislative power. Also, the Armed Forces will have a pivotal role to play in Egypt’s developing political scene. This impression is further illustrated by the Military Council’s announcement that it will form the constitution drafting committee. Ezzat suggests that regardless of the outcome of the presidential race the Military Council, aided by the disbanded National Democratic Party’s network of figureheads and businessmen, will work against the Islamists and prevent them from gaining any significant portion of votes in future parliamentary elections. Accordingly, he predicts that the coming parliament will be mostly dominated by anti-revolutionist powers, which will effectively make the next president narrowly dependent on the Military Council, who will not return to barracks as they continually promised they would. The author feels that the only hope of challenging the rise of anti-revolutionist powers is to learn from the revolution’s mistakes. He criticises the lack of vision, leadership, and communication within the masses, which all led gradually to the disintegration of the revolutionary powers, and their isolation from the street. However, he also stresses the role such revolutionary powers should be playing in order to get the revolution back on track. They can do this by facing down the Military Council, the Parliament, and the President, who will all be standing as a buffer between the people and their hopes. Ezzat says that this cannot be achieved without a single organisation representing the revolution’s political project, and all the people who are determined to get there must be ready to pay the price of compromise

In his column, “The Greatest Mistake” the Islamic ideologue Fahmy Howeidy applies his title to the competition between Ahmed Shafiq and Mohamed Morsi being portrayed as one between civil and theocratic states. Howeidy sees that while Morsi is bearded, and accused of being a follower of the Muslim Brotherhood’s General Murshid, Shafiq has been supported by the Sheikhdom of the Sufi Orders, along with a faction belonging to the infamous and violent Islamic Jihad group. He then explains that such comparison will not end up favouring Shafiq, whose only tie with the concept of civil state is him being the minister of ‘civil’ aviation for nine years. Howeidy regrets the attempts to whip up people’s anxieties about the establishment of a theocracy in Egypt, something he considers extremely unliekly to be accepted in a moderate society like Egypt. He then examines that difference between the Islamic state, and its inclusion in the concept of revising and directing the ruler, and between the classical secular state in the historical context of the Western world. Howeidy is also dismayed at attempts by opponents of what they see as the ‘religious state’ to recall the worst examples linked with Muslim countries, such as Taliban’s repression in Afghanistan, the ban on women to drive cars in Saudi Arabia, salafist violence in Tunisia, women rights in Iran, and the independence of South Sudan, without any reference whatsoever to successful Islamic states such as Turkey, Malaysia, and Indonesia. The author then questions Shafiq’s attempts to present himself as the champion of the civil state, as opposed to a mutilated example of the ‘religious state’, especially that he considers Mubarak to be his role model, while being regarded by Israel as a ‘strategic treasure’ to an even greater extent than Mubarak. Howeidy spells it out clearly that by doing so Shafiq is actually obscuring the concept of the civil state. He continues to criticising Shafiq for attempting to hide the nature of the police state that he expressed in his own words before an audience of businessmen in the American Egyptian Chamber of Commerce, as reported by New York Times. Howeidy states that when Shafiq claims “we made a successful revolution”, he counts on the naiveté of the Egyptian people to forget or overlook the fact that he was the prime minister politically responsible for the Battle of the Camel. Howeidy finally ends his article by saying that it comes as no surprise after such a statement that Shafiq is not shying away from considering himself as the prime guardian of the civil state.

Ammar Ali Hassan reiterates his numerous warnings to the Muslim Brotherhood against creating a soft ‘Algerian Scenario’, featuring psychological warfare, political deceit, and gunpowder and tanks in lieu of law and order. In Algeria, as Hassan puts it, elections were held in the early 1990’s with an overwhelming victory for the Islamists. After the elections the army mobilised its forces to preserve the accumulated gains of Algeria since independence, and to prevent any ceding of its authorities to any other faction. The army generals effectively ordered the country ‘As you were!’ and turned against the nascent democratic experience. Hassan then compares this example to Egypt, where the revolution attempted to forcefully restore freedom, justice, and dignity, which made turning against it a difficult matter for the military generals. However, they saw that the end can be reached with a less costly price than in Algeria. With only just some papers, ink, and laws they could achieve a peaceful coup, just like what was a peaceful revolution. Hassan then poses a likely question to himself, “If you already knew about this scenario, what have you done to stop it?” He responds to the question by citing his numerous warnings, that were met with rejection from the Islamists on Facebook and Twitter. Hassan himself was criticised on the grounds that he belongs to the vilified ‘vanguard’ that are isolated from the masses. Now, Hassan concludes, those ‘men of politics’ are paying the price of not listening to the ‘men of thought’.

his article ‘The next round and the final blow’ Akram Al-Kassas evaluates Egypt’s current political situation for indicators of either a proper political transition or descent into open conflict. He sees Egypt’s current pathway as a limited democracy for choosing the president while there is neither a constitution nor a parliament nor a relation that connects them in anyway. The writer speculates that the political and constitutional crisis in the country might lead to either multiple conflicts or the beginning of national reconciliation. And regardless of the end result of this transition phase, it can be said that almost everyone in Egypt is politically exhausted after the two rounds of presidential elections. Al-Kassas highlights some common advice given to athletes as they enter fierce competitions. Never expend all of your energy in the first round, so you will be able to resume the second round in at least as good a form as you had at the start. Comparing these sport advices to our presidential candidates, it is clear that the candidates have not maintained their power to continue the marathon with the same energy and enthusiasm. The candidates ignored public opinion and made many political mistakes, which despite knowing of their failings in the first round, both have refused to admit them and work on solving them to succeed in the second round. Instead they kept throwing the blame on other. Political powers and organisations wasted their skills of persistence and vitality as they approached the second round. With the rapidly changing situation of the political scene, powers are still not working in the right directions. Al-Kassas believes that the majority of the Muslim Brothers, who managed to dominate the parliament, focused their subsequent efforts on further expanding and monopolizing the political landscape rather that attracting the opposition and other political segments to their side. As for the liberal and leftist political powers, many of them squandered their time and efforts in internal fights rather than unifying to the benefit of Egypt.