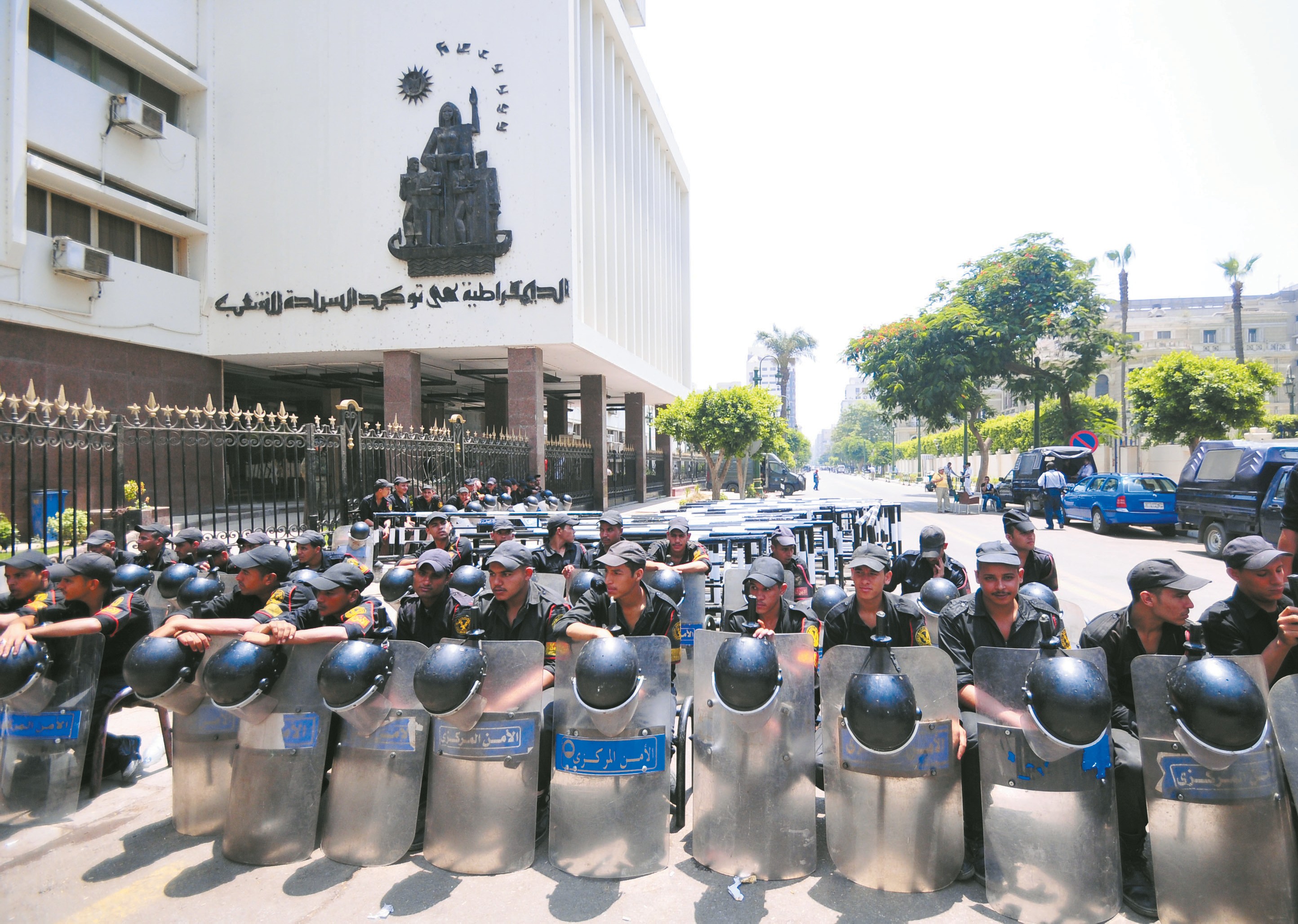 Saad Al-Katatny, Essam El-Erian and Mohamed Beltagy,  three  pillars  of the Freedom and Justice Party (FJP), were just settling into prayer Tuesday evening in the reception of the FJP’s headquarters in Manial, as the future of the party for holding the office of president was being challenged on television.

Mubarak-era former prime minister Ahmed Shafiq, who was busily denigrating the FJP’s early victory announcement in favour of Mohamed Morsi at a press conference, was simply back- ground noise to the three men.

The presidential election result was not the only contest on their minds.The three men, until a week ago, were preoccupied with the work of parliament.

But, with the People’s Assembly now officially dissolved, they face a fight to restore power once more, whether it becomes two-pronged battle for the parliament and presidency, the men seem ready.

El-Erian said he was “sure that the parliament is coming back with full power.” However, the security forces and the Supreme Council of Armed Forces (SCAF) outside of parliament think otherwise.

For a second day in a row, the head of the constitutional and legislative committee in the Peoples’ Assembly, and also member of the FJP, Mohamed Al-Omda has tried to gain access to his office in parliament to attend an earlier scheduled session. He has both times been denied access.

Al-Omda met with parliamentary representative, Counsellor Mahmoud Al-Khodeiry, in a public place yesterday, after he too was denied access to parliament. Meanwhile, calls for a million-man march on Tuesday were echoed by several political figures, especially the FJP, who denounced the constitutional decree which SCAF issued on Sunday night.

Amr Moussa, former presidential candidate,seemed to echo the words of Al-Omda when he told the Daily News Egypt that the dissolution of parliament followed by the SCAF decree was “a constitutional coup,” and refrained from calling it a military coup.