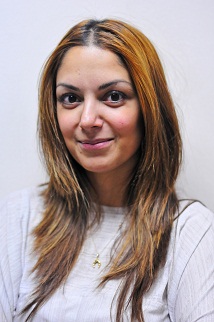 In 1967 two scientists at the University of Pennsylvania put three sets of dogs on leashes. Martin Seligman and Steve Maier wanted to find out from these dogs how humans might learn “helplessness”.

Learned helplessness theory is the idea that things like depression, or feelings of lethargy or sullenness might be acquired by being in an experience where you don’t feel that you have control over the situation. To figure this out, the scientist took a big group of dogs and divided them into three.

One group of dogs was simply put in harnesses for a period of time, to be released after the experiment unharmed. Just a regular group of dogs. Dogs from the second and third group were not so lucky. They were subjected to electric shocks, with dogs in the second group able to stop the shocks by learning to press a lever in the room. If they pressed it, both they and the dogs in the third group were relieved from the pain. They had control of the situation.

Dogs in the third group had a lever in their room, but pushing it didn’t stop the shocks. So to those dogs, it seemed that the shock ended at random. Their situation seemed “inescapable.” What was interesting to the conductors of this cruel experiment was not the ability of dogs to learn to press a lever to change their situation. It was what happened after.

The poor victims of Group One and Group Two recovered from their ordeal quickly and exhibited normal behaviour soon, if not immediately after. It was the subjects of Group Three whom exhibited what the scientists called “helplessness” with symptoms similar to clinical depression. Even when placed in a situation in which they could escape the shocks, such as by jumping over a low partition, the Group Three subjects, simply lay down and waited. Sometimes they whined. They could have quite easily escaped the shocks but they didn’t try anymore. Their situation seemed to them, interminably inescapable.

The Supreme Council of Armed Forces (SCAF) has tried to make helpless dogs out of the Egyptian people. After 30 years of seemingly interminable Mubarak rule, inside 60 years of seemingly interminable military rule, Egyptians were subjected to the shocks of ‘virginity tests,’ torture, ugly attack ads, weird videos about spies in cafes, talk shows littered with confusing if not foul programming, multiple overlapping military decrees delivered in the late hours, and the “turning off” of the one lever in the room, the parliament.

Even though Egypt’s presidential race produced long lines of sullen, if not helpless voters waiting for the line in front of them, to simply end (remember they already tried the lever, they stood in this line before, and it didn’t work) SCAF has not made helpless dogs out of the Egyptian people.

Because what a nation that has had to deal with Sadat followed by Mubarak, followed by Field Marshal Tantawi has a lot of, is one very particularly human characteristic called “optimism.” Optimism is understood to be the perception that the situation is in is not personal, pervasive, and most importantly, permanent.

Elected representatives are still demanding entry to parliament, marchers are demanding an apology for if not explanation of the Constitutional Declaration, nullification numbers will be counted by those more concerned by the gap of ballots left between Mohamed Morsi and Ahmed Shafiq than who won, and the Constituent Assembly will keep meeting in Ayman Nour’s living room for as long as there are surly guards outside the People’s Assembly.

More Egyptians may or may not have picked Morsi or Shafiq, but they have all let SCAF know, you will not make helpless dogs out of us.