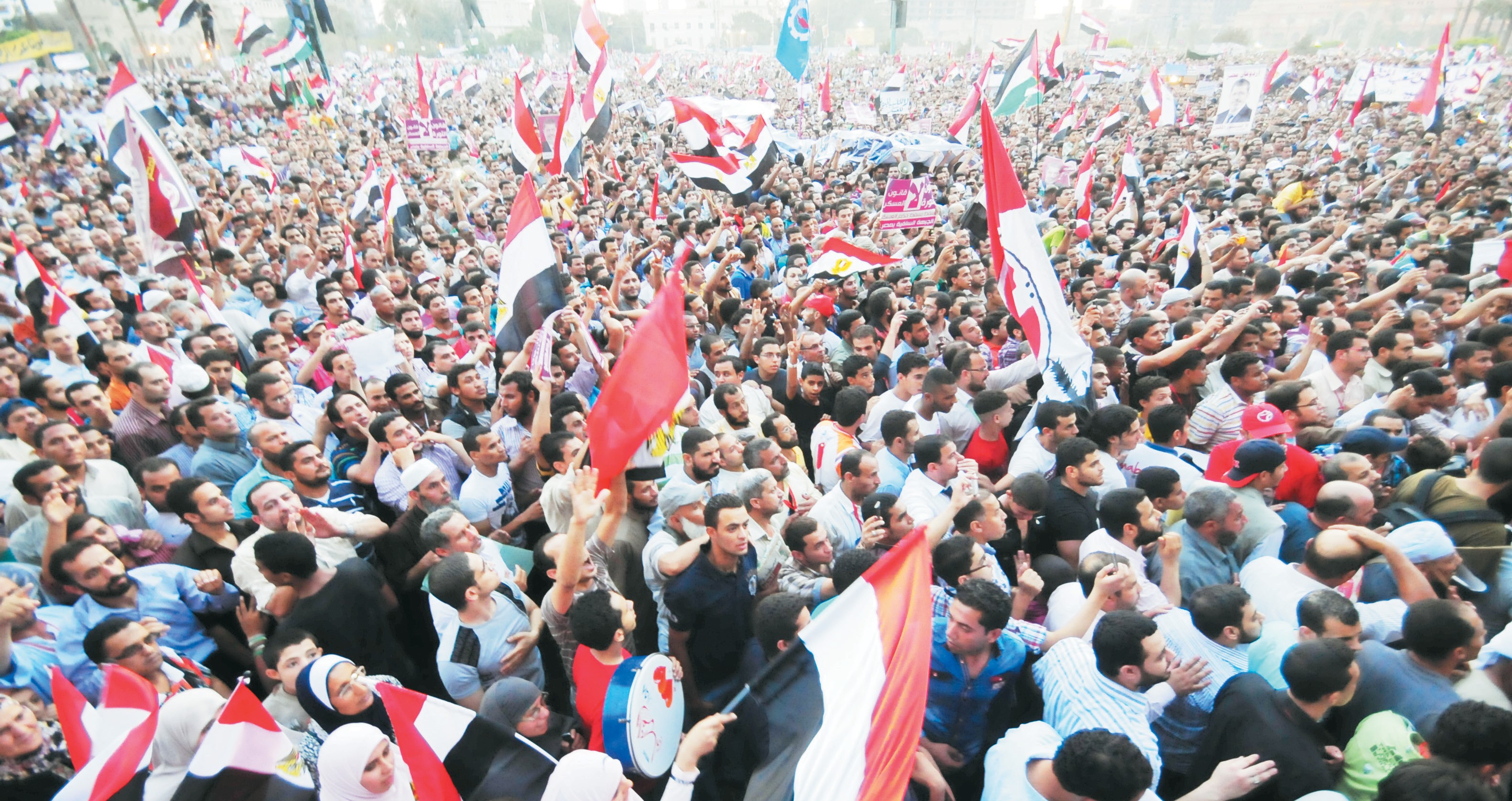 What began as a few thousand grew to tens of thousands within a few hours as protestors gathered in Tahrir Square and in front of the parliament building on Tuesday night. They went to express their dissatisfaction with the Supreme Council of Armed Forces issued Constitutional Decree and the management of the Egypt’s transitional process.

Among their demands was a complete handover of power to civilian authorities as well as for parliament to be reinstated to resume its work.

Hassan, a man in his late 20s, repeated the demands of many in the gathered crowd, “We reject the dissolution of the popularly elected parliament, we demand that the constituent assembly continue” referring to the struggles of the elected group to return to work because of the security around the Parliament meeting. He continued, “We reject the Supreme Council of Armed Forces constitutional decree. We demand the complete handover of power on 30 June 2012.”

The road leading to the parliament building was empty since earlier in the day when several members of the now dissolved People’s Assembly attempted to gain entry to the building and found their way barred by security forces stationed outside.

Among the MPs was Mohamed Beltagy, prominent member of the Muslim Brotherhood’s Freedom and Justice Party. After seeing him turned away, another member of parliament riding on the shoulders of supporters shouted,“this is just a warning, but when Morsi wins we will be back.”

Many moved towards Tahrir Square to join the larger congregation there and where there was little visible security presence around the square. Much of the crowd was there to support Morsi’s claim of election victory earlier in the day, but there were also pockets of protesters who were there to protest SCAF and could be described more accurately as not pro-Morsi, but anti-Shafik.

Not all the protesters were affiliated with the Muslim Brotherhood or political Islam. A march composed of protesters from the April 6 Youth Movement and the Revolutionary Socialists made its way to Tahrir Square and gathered at a stage near Mohamed Mahmoud Street. The crowd chanted, “Down with military rule” as fireworks punctuated the sky above them.