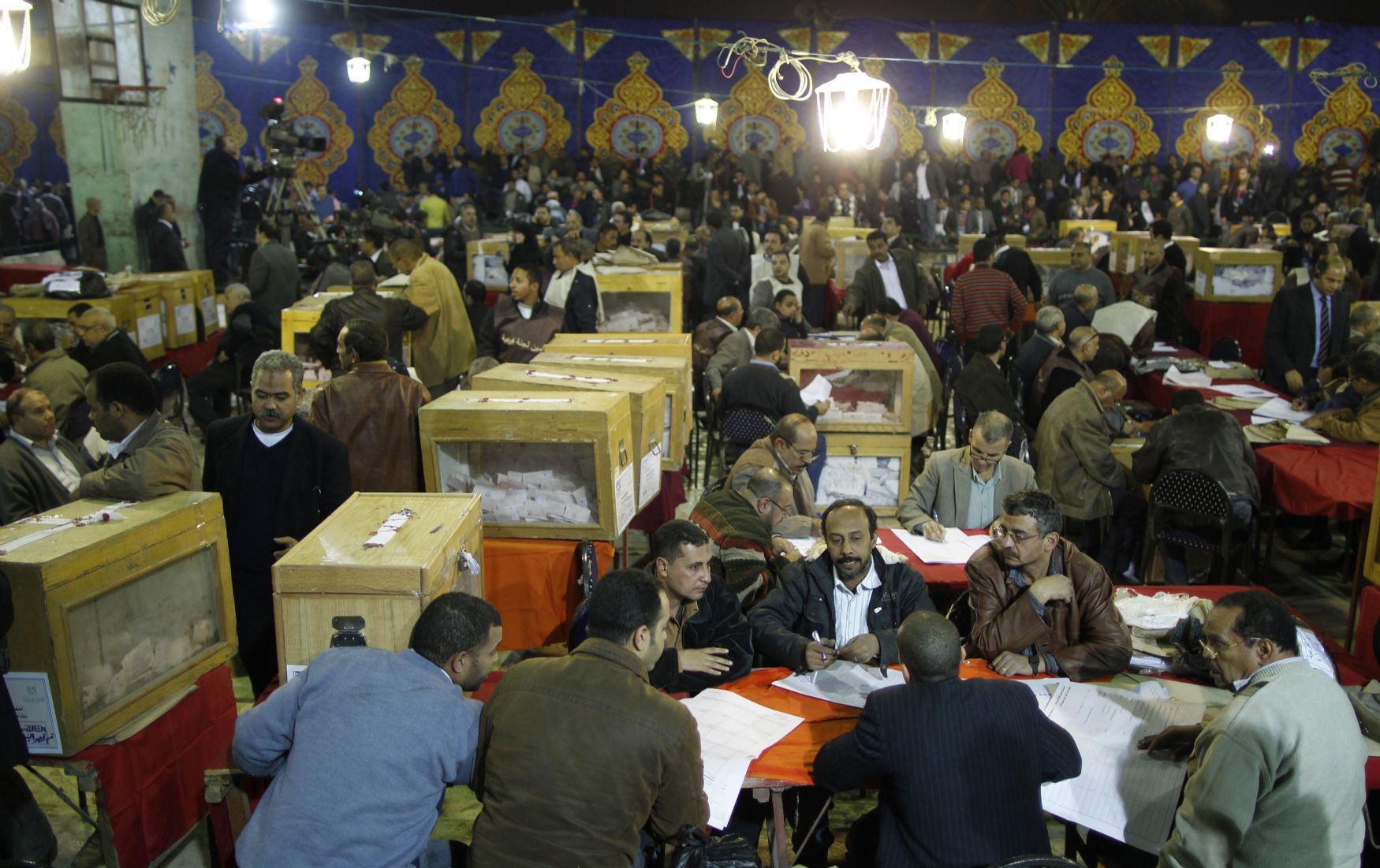 While PeC delays eleCtion results, a grouP of indePendent judges announCe their findings

Judges for Egypt, a group of reform- minded and independent judges, has announced that the Muslim Broth- erhood’s presidential candidate Mo- hamed Morsi won the elections in a press conference held at the Journal- ists’ Syndicate yesterday afternoon. The movement, which had formed what it calls a “parallel Presidential Elections Committee (PEC)”, has been monitoring the elections and ballot counting process since the first round. According to Judges for Egypt’s num- bers, Morsi has garnered 13,244,964 votes, 910,479 more than his op- ponent, former Mubarak-era Prime Minister Ahmed Shafiq who managed 12,334,485 votes.
“We decided to publish the resultsnow due to the state of confusion and enmity the Egyptian people find themselves in, due to the publishing of conflicting results,” said Judge Waleed Sharaby, the movement’s official spokesperson told the gathered press on Wednesday.
He stressed that the movement recognizes that the official PEC is the one entrusted with announcing the final results and that they were not in any way trying to undermine it.

Sharaby added that the group was extremely confident in their findings Ballot counters work late to tally votes in Egypt’s key presidential run-off, while official and unofficial results continue to be announced ensure Egyptians have the proper results as well as to restore faith in the judiciary.

Mohamed Ibrahim, a Kafr El-Sheikh judge and member of the movement, said he and his colleagues had the idea of an independent election committee before the elections started.

“We thought of the possibility that for example the PEC might announce results that are 100 percent factual and fair but then a certain candidate, like in the case of Hazem Salah Abou Ismail, decides to dispute the results and has his supporters start trouble,” Ibrahim said.
He added that by having an inde- pendent but trusted party other than the PEC monitor the elections and an- nounce the results, Egyptians would have more faith in the process.
“We are doing this for two reasons: we want the good of the country, but we also want to restore the people’s faith in the judiciary,” he said.
When asked what he thought of the PEC, Ibrahim said he considered them to be the “wise men of the judiciary” and “our teachers”. He added that they can definitely make mistakes but that does not make them corrupt since they are human and the legal system is set up in a way that shows judges will make mistakes. “That is why we have several stages of appeal courts,” he said.which they gathered directly from polling stations. They did their own tallies of the numbers from all the stations and included the Egyptian expat votes. “These numbers are the result of counting 100 percent of the vote, including the expat vote. This means that Morsi has won with 51.73 percent to Shafiq’s 48.27 percent,” he said.

However, Sharaby stressed that the final results was still subject to the PEC’s consideration of the almost 400 appeals filed by both candidates. The appeals could mean a recount or penalties such as the subtracting of votes for violations. But Sharaby said he does not expect the appeals to change who wins. Judges for Egypt say they started the parallel PEC project in order to The election results have been marred by controversy with both candidates’ campaigns claiming victory and announcing different numbers.