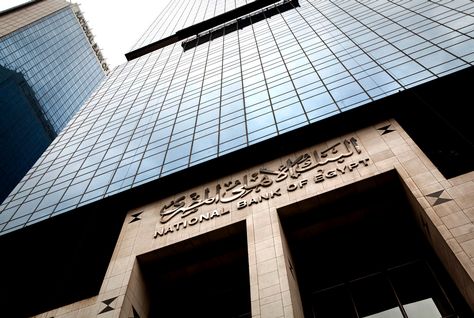 Banks stepped up their efforts to secure their main offices and branches yesterday in preparation for any acts of violence that could result after the Presidential election results are announced. The banks are paying closer attention to facilities located in areas more likely to experience disturbances.

Ashraf Shabib, President of the Retail Banking and Branches division of the Ahli United Bank, said that withdrawals and deposits are proceeding normally and that the bank has not received any complaints from branches about any difficulties. He added that the banks have not experienced higher than normal withdrawal rates, contrary to the rumours that have circulated. He explained that the bank secured ATM machines according to normal procedures, relying on increased security guards to protect deposited funds and to observe withdrawals. He said that the maximum withdrawal amount had not changed but had remained at the rate decided by the Central Bank. He added that banks will increase security as necessary in case of an escalation according to known procedures that banks follow in political crises.

The Central Bank took several steps to make sure financial institutions were able to operate after the January 2011 revolution, guaranteeing liquidity and deterring account holders from making a run on the banks. A daily withdrawal limit of EGP 50,000 or $10,000 was among the measures implemented by the Central Bank.

Osama Abdel Aaty, the director of a National Bank of Egypt branch, said that withdrawals were safely proceeding at normal rates and that rumors about difficulties had no basis in fact. He explained that all banks undertook to secure their ATMs by appointing one crew of security guards for every three machines. He said that the banks are operating normally and that the banking system is following events closely. Abdel Aaty added that banks have internal policies that allow them to operate flexibly. He said that no changes were made to the time that employees were allowed to leave work. He said that work ends at 2:00 PM at the branches and at 5:00 PM at main offices.

The Central Bank released no notices to release employees early. Amr Tantawi, General Director of the Misr Iran Development Bank and supervisory of its retail banking and branches division, said that there is stability in the rates of withdrawals today, compared to higher rates during the previous several days. He said that clients withdrew in higher rates before yesterday in anticipation of the coming political events, especially because of the delays in the announcement of the election results. Tantawi said that the banks planned to secure their ATMs against acts of violence and theft, adding that all banks in Cairo undertook efforts to secure their facilities as they expected violence regardless of the outcome. He pointed out that the Central Bank did not change the maximum daily withdrawal rates, and the policy continues to limit dollar withdrawals without limiting Egyptian pound withdrawals.

Khaled Hassan, vice chairman of the retail banking division of the Societe Arabe Internationale De Banque, said that the bank was securing its ATMs according to set procedures and that the bank allowed employees to leave at 2:00 PM instead of 3:00 PM.