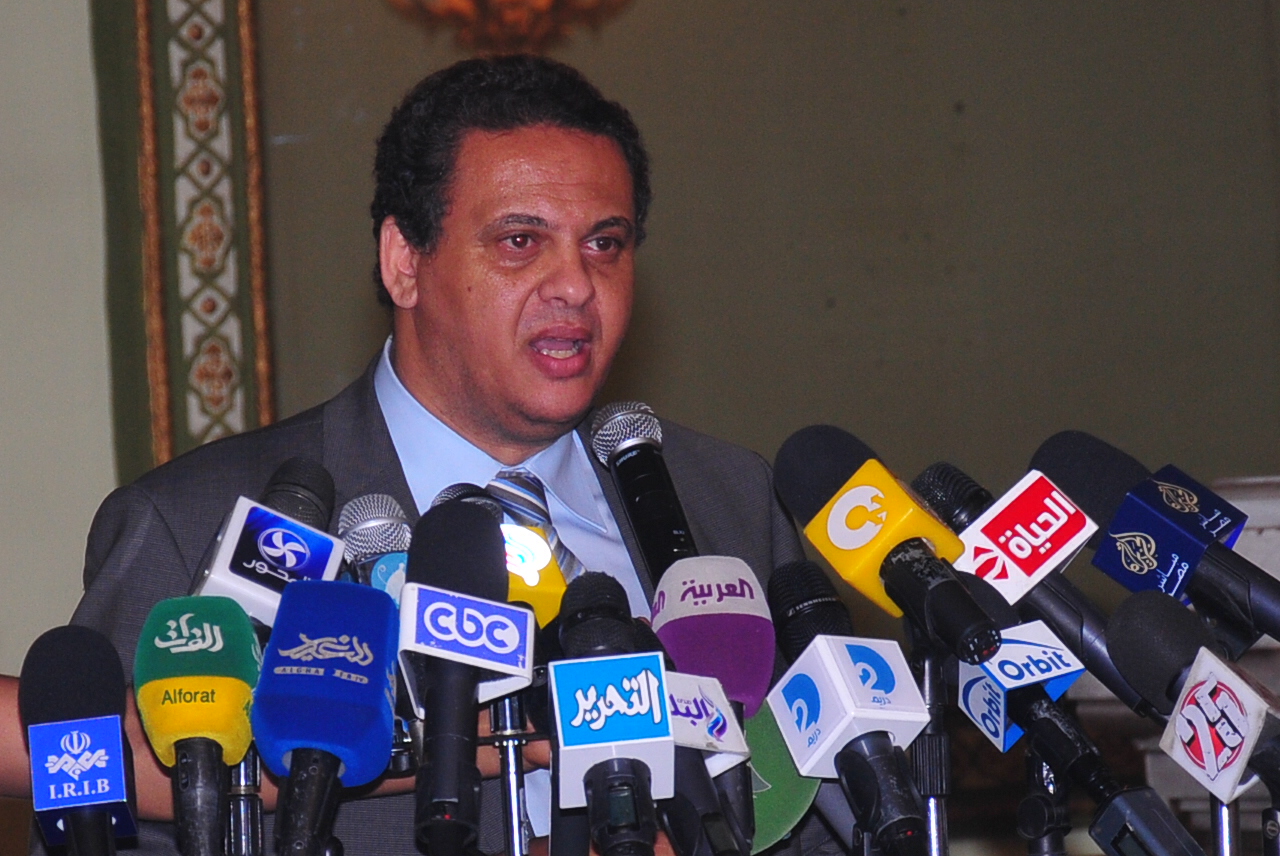 “No to religion-authority matrimony; no to militarizing the state” was the rallying-cry which gathered a number of liberal parties at the Marriot Hotel in Cairo on Saturday.
Representatives of liberal parties presented Egyptians with a ‘third option’ on Saturday, citing a need to heal divisions in lieu of a contentious Egyptian presidential election, and a recent move by the Supreme Council of Armed Forces to shore up power during the transitional phase.
Ahmad Saeed, the head of the Free Egyptians party, attended the conference and delivered a speech during which he denounced accusatory remarks being traded between political allies of both candidates for breeding a culture of fear and division.
“We are entirely against turning Al Tahrir square into a pressure yard, affecting judiciary rulings.”
Regarding the shape of the new coalition, Saeed didn’t give any specific details. He told the Daily News Egypt (DNE), though, the leadership of the coalition has not been decided upon yet.
“We shall observe the current happenings and demand for new fair and democratic elections; both parliamentary and presidential.” Asking for the reasons, Saeed explained that several Copts were prohibited from running in the previous elections in Upper Egypt.
The group gathered to deliver a statement assured the participating parties’ refusal of the negative charge driving the country towards division at the current moment; assuring: their respect to all court rulings and fully refusing pushing judiciary matters into the political mazes; refusing and denouncing any foreign intervention in the state’s affairs by the US or the EU; emphasising their utter respect to the results of the presidential elections; and urging all national powers to unite for drafting a resolution which reflects a modern, civil state alongside rejecting the military security law which allows military and intelligence personnel to arrest civilians.
Prominent public figure and co-founder of Kefaya movement, George Is-ha’, also delivered a speech, stressing on the establishment of a balanced constitution being the only shield against the Supreme Council of Armed Forces’ (SCAF) latest decree.
“We should all return to the square since it belongs to all of us; not just a certain faction.” Is-ha’ added with passion.
Nevertheless, the participant parties in this coalition were not mentioned. However, the Free Egyptians Party, the Tagamo’ party and the Democratic Front party were among the most notable participants in the press conference.