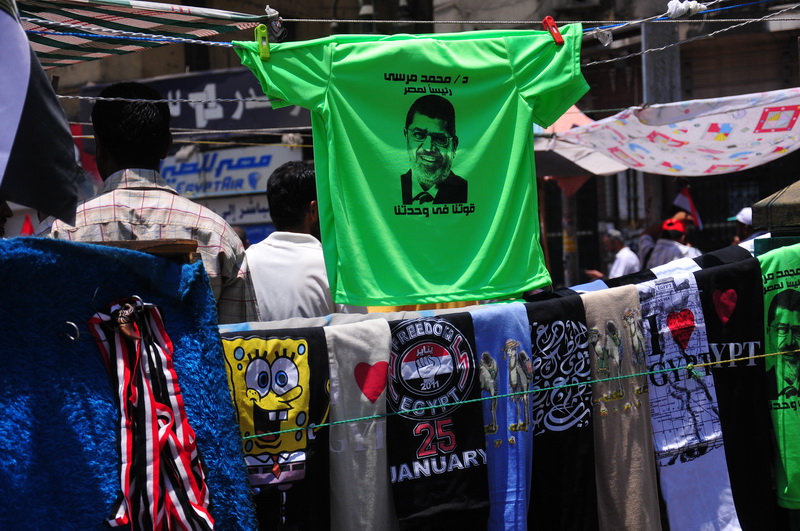 Several groups emerge in the political vacuum left by the PEC delayed results Coalitions are springing up left and right in the wake of the Presidential Elections Committee’s postponement of the ‘official’  presidential election results, further exacerbating  what many activists and politicians are calling the Supreme Council of the Armed Forces’ “coup.” The Muslim Brotherhood’s candidate, Mohamed Morsi, who has repeatedly declared himself victorious in the country’s runoff poll, held a large meeting yesterday with several secular and revolutionary figures in an attempt to reconcile and form a united front.

Morsi met yesterday with figures such as Abdel Geleel Mostafa from the National Association for Change and Wael Kandil, the official spokesperson of the Dostour Party. Also present at the meeting were representatives of former presidential candidate, Abdel Moniem Aboul Fotouh, as well as the General Coordinator of the April 6 Youth Movement, Ahmed Maher, and revolutionary icons such as Wael Ghonim and Wael Khalil.
Many of the participants stressed their opposition to the Muslim Brotherhood’s actions and policies but added that now was the time to unite in face of measures taken by SCAF that disrupt the handover of power to civilians and could derail the revolution.
SCAF dissolved parliament and issued a constitutional decree limiting the president’s power and expanding the military’s authority over civilian institutions last week. “This is not a permanent coalition, it is set up because of the coming battle with SCAF,” said Wael
Khalil, activist and co-founder of Masrena movement who was present at the meeting yesterday. He added that he and others went to the meeting yesterday to declare their position which is that they reject the constitutional decree, the military security law allowing soldiers and officers to arrest civilians without warrant, and the dissolution of parliament, but that they were not necessarily
supporters of the Muslim Brotherhood. “The Muslim Brotherhood is not the only group that will defend the revolution,” he said.

The Egyptian Social Democratic Party also announced a coalition of its own called the Third Current that aims to face off in future parliamentary elections against the traditional powers of the Muslim Brotherhood alongside Islamist parties on one side and the military – former regime alliance on the other. The coalition is set to include 10 secular parties but will not allow the Wafd Party to join as it has allied itself with the Brotherhood in the past. It will also not include Abdel Moniem Aboul Fotouh who coalition members described as having leanings toward the Brotherhood. Aboul Fotouh has announced the formation of his own coalition; the Centrist Egypt Coalition, a group of moderate Islamist political parties, which retains an Islamic identity but stands left of Muslim
Brotherhood and Salafist ideologies.