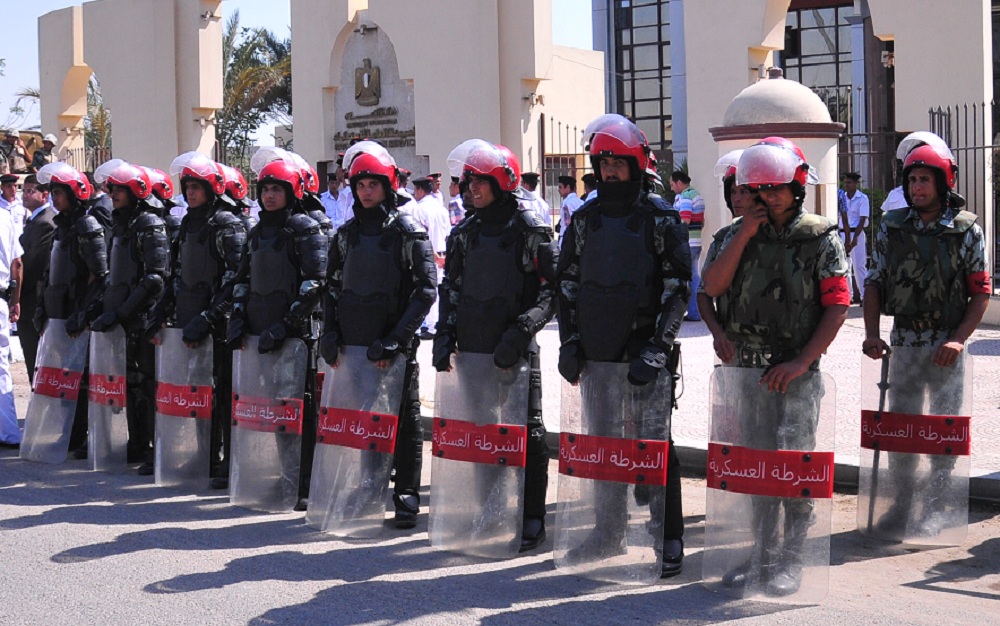 In the hours before Mohamed Morsi was declared President of Egypt, the Egyptian state and public was put on high alert for possible fallout among disappointed voters.

Egyptian security forces and the private sectors made strong security a visible aspect of the historic day. Tanks and helicopters settled into Cairo’s streets and airspace near key government locations by noon, exacerbating tension already directed at Egypt’s military leaders. The fear of a spark propelled rumours and panic. CNN quoted interior ministry spokesman, General Marwan Mustapha saying that, “Minister Mohamed Ibrahim has given police forces orders to shoot to kill against anyone attempting to attack police stations after the results” though the statement has been denied by Mustapha and retracted by MENA news agency.

The Supreme Council of Armed Forces stated clearly that they would deal firmly with instability caused by the announcement, “We will face anyone who will pose a challenge to the public and private sectors with an iron fist,” they said in a statement to the press. A self-imposed curfew closed the doors of banks and businesses at 2 pm, and schools sent students home by noon. Government offices prepared to send employees home early to avoid employees being on the streets should there be a fallout from an announcement.

El Watan newspaper reported that government services would close at noon in preparation for the announcement. At the Dokki branch of the Audi Bank a teller told the Daily News Egypt that they were closing their doors early. She did not want to give an “official” reason but added that her English class in Maadi was also cancelled in the afternoon because of the possibility of instability following an announcement. With only scattered reports of posters of Mohamed Morsi being torn down or arguments on the street, the day passed smoothly, albeit nervously.

Hassan Zayyed shuttered the doors of his pharmacy early, saying that “he wanted to be home with his family”. When asked if he was worried about any violence, he said “no, I think Egypt is ready to move on and do something new, people worry too much.”