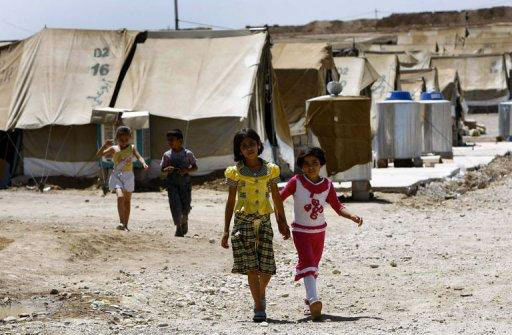 Iraq is pushing for greater influence in Syria. With the crisis on their doorstep, Iraqi Deputy Prime Minister for Energy, Hussein Al-Shahristani and Foreign Minister, Hoshyar Zebari spoke to the press on Sunday, warning that the Syrian crisis is likely to spill over into neighbouring countries.

Zebari expressed concerns that Iraq has been left out of negotiations to resolve the crisis, especially since Iraq knows all too well the damage and dynamics of sectarian conflict. “We don’t want to see chaos reign, you see, in the region, in the neighbourhood, and that’s why Iraq should have a say, a role in what is going to (happen) in Syria. No country can ignore or bypass Iraq in this regard,” Zebari said.

Foreign ministers from Poland, Sweden and Bulgaria visited Iraq as well as Lebanon, meeting with leaders anxious about the relationship of Syrian government to Hizbullah through its patron Iran, who is heavily involved in negotiations in Syria.

An announcement from Shahristani’s office said he articulated to the visiting European foreign ministers his concerns over “takfiris” in Syria, who declare people to be infidels, describing them as “partisans who are trying to push the Syrian people into a sectarian conflict which will affect the region.” Zebari told the European ministers the shooting down of a Turkish fighter jet over the Mediterranean Sea, close to the Syrian border, on Friday was a “serious escalation” that might have ramifications that extend beyond Syria and Turkey’s borders. Eager to ensure Iraq was included in the negotiations surrounding Syria, Zebari stressed that, “Iraq is concerned about the Syrian crisis, and its role cannot be bypassed in any decision aimed at solving the crisis. Any regional, Arab or international attempt to jump over its role will not succeed”. “There is a clear worry (of a spillover). The worry is probably greater than we want to say it is,” Swedish Foreign Minister Carl Bildt told Reuters. President Al- Assad has been brutally cracking down on his opponents and rebel factions since March of last year.