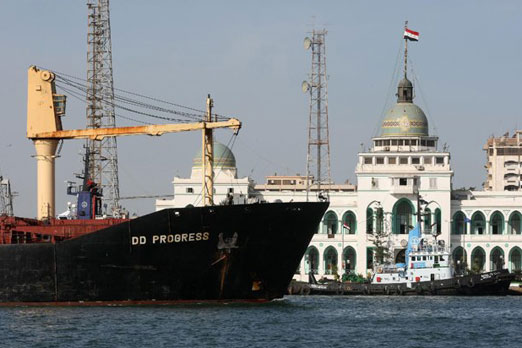 The Egyptian Union for Investors Associations (EUIA), through its Committee on External Relations and the Media, headed by Dr. Hassan Rateb, is working on a plan to improve the image of Egyptian industrialists and businessmen.

Mohamed Farid Khamis, president of the EUIA, said “we are industry and commerce men, and we don’t want people to call us ‘businessmen’ because the word has taken on a negative connotation. We are producers for the sake of the country and we try to improve its economy so that Egypt can be successful. Unfortunately, however, some people have started accusing us of being thieves and saying that we’re corrupt. They generalise these accusations without any evidence, which is not right after the 25 January revolution.”

Tarek Tawfiq, former President of the Chamber of Food Industries and the President of the Board of Directors of Farm Fresh, said that the Egyptian mindset does not axcept businessmen and rejects capitalism. He added “we are still living in the atmosphere of socialism and age of former president Gamal Abdel Nasser.” Tawfiq went on to say that “films and television shows still give people the impression that businessmen are bad and sometimes evil. Many films just brainwash people and businessmen are portrayed offensively, and this is something that has been happening continuously over the last 40 or 50 years.” He added that it is necessary to look at the positive things that businessmen have done like creating jobs,paying taxes, providing insurance and other social services, and contributing to investment projects. Tawfiq also said there needs to be greater transparency, as the problem does not lie in businessmen themselves but in the poor regulatory framework that governs business in Egypt.

Mohamed Mourad El-Zayyat, Vice President of the Egyptian Junior Business Association (EJB), explained that there are good and bad people in every profession. He said that despite the fact that a few have spoiled the image of businessmen, they are, in general, known for their competence not just in Egypt but in both the Islamic and Arab worlds. He also stressed that the marriage of power and money led to corruption, but that if a reliable and effective regulatory framework were put in place then corruption will greatly decrease.

Mohamed Shokry, President of the Chamber of Food Industries, said it is difficult to improve the image of businessmen at the current time because of the unstable regulatory environment, lack of effective laws, and instability in general. He explained that Egypt is experiencing a period of great uncertainty and that improving the image of businesspeople will only take place once news laws that guarantee transparency and eliminate conflicts of interests are put in place.

Hassan El-Shafei, President of the Egyptian-Romanian Business Council, said that the image of the Egyptian industrialist in the past was very positive, but that “unfortunately some industrialists entered politics with neither understanding nor civility which ruined their reputation and led to accusations of thievery and corruption.”