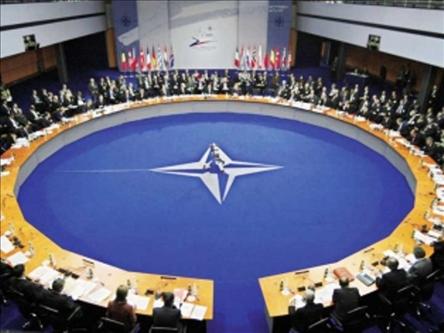 After a series of heated accusations that threatened to escalate the Syrian crisis, the Turkish government will meet with NATO today in order to find a resolution to the shooting down of a Turkish reconnaissance jet by Syrian military last week.

Despite admitting that the Turkish F-4 phantom jet did enter Syrian airspace before being shot down, Turkish foreign minister Ahmet Davutoglu strongly condemned Syria’s attack, accusing the country of violating international standards and protocols regarding foreign aircraft in sovereign airspace.

Turkish officials say no warning was issued by the Syrian military before it fired upon the aircraft. Similarly, the Syrian air force did not scramble jets to intercept the aircraft, which is a common procedure when a country’s sovereignty is threatened.

Syrian officials are refuting notions that the jet was fired upon intentionally and referred to the incident as an accident. “An unidentified object entered our airspace and unfortunately as a result it was brought down. It was understood only later that it was a Turkish plane.” Syrian Foreign Ministry Spokesman Jihad Makdissi told TV news channel A Haber in a telephone interview. “There was no hostile act against Turkey whatsoever. It was just an act of defence for our sovereignty.”

International response was rather divided in regards to the jet downing. The Iranian foreign minister, Ali Akbar Salehi, urged both parties to show restraint and to “settle the issue peacefully to maintain regional stability,” according to a statement posted on the Iranian Foreign Ministry’s website.

China echoed a similar response, also calling on the concerned parties to “exercise calm and restraint and adhere to diplomatic channels to reach an appropriate solution” in order to avoid further escalation.

Reactions from the NATO bloc were not as mild. Both the United Kingdom and the United States strongly condemned the Syrian regime. British Secretary of State for Foreign & Commonwealth Affairs William Hague described the incident as “outrageous,” adding it underscored the necessity of Assad’s regime “to go.” US Secretary of State Hillary Clinton delivered a parallel statement, calling the incident “brazen and unacceptable”.

NATO is meeting under chapter IV of the NATO charter, which states that “any ally can request consultations whenever, in the opinion of any of them, their territorial integrity, political independence or security is threatened.”

Some analysts suggest that the Turkish government’s response is a sign that the regional power still wishes to resolve the issue diplomatically rather than militarily. Turkish leaders potentially could have called a meeting under article V of the NATO charter, which reinforces the collective security strategy of NATO – an attack on one is an attack on all members of NATO.

Questions still abound in regards to why the Turkish fighter jet may have violated Syrian airspace in the first place. Being a reconnaissance jet, it is wondered whether Turkey’s initial intention was to test the Russian- manufactured Syrian air radars, weighing down the efficiency of the Syrian defence system in case of a foreign attack, according to a report published by Reuters.

Turkey has been a haven for Syrian refugees fleeing violent unrest. According to official Turkish records, 55,000 Syrians have sought refuge in Turkey. Some 20,000 refugees have returned, while approximately 30,000 – exactly 32,750 – still remain in Turkey.