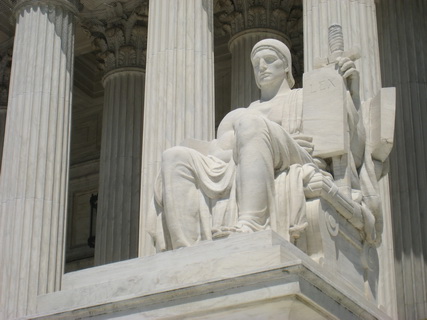 WASHINGTON (AFP) – The US Supreme Court struck down most of Arizona’s controversial new immigration law on Monday but let stand a key provision allowing officers to do spot checks of people’s identity papers.

The Arizona law has aroused intense controversy because of a particular provision, 2(B), that requires police to stop and demand proof of citizenship of anyone they suspect of being illegal, even without probable cause.

US President Barack Obama and the Justice Department were largely vindicated on the issue of state interference into federal law.

However, in a victory for Obama’s Republicans opponents, justices unanimously refused to strike down the crucial “check your papers” provision at this time as they said it was unclear, before its implementation, that it would raise constitutional concerns.

“It was improper to enjoin 2(B) before the state courts had an opportunity to construe it and without some showing that 2(B)’s enforcement in fact conflicts with federal immigration law and its objectives,” the ruling said.