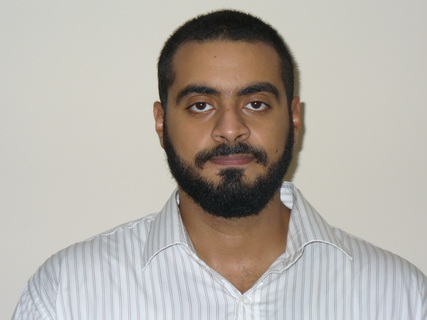 The moment of announcing Morsi as president was an extraordinary moment for Egyptians. Tahrir was screaming and crying in joy and celebrations did not stop during the night.

Pleasure expressed was not limited to Egypt; especially in Gaza that has suffered a lot as a result of Mubarak’s policies. The streets of Gaza witnessed similar scenes to Egypt with the addition of sweets being distributed.

In Yemen men prostrated in masses, thanking God, upon hearing the good news.

President Morsi sent positive messages in his speech on national television to all political factions, including those of the old regime.

The Brotherhood encouraged their followers and supporters to be humble about Morsi’s victory and to embrace his opponents. Morsi’s speech addressed the families of martyrs, the judges and policemen.

The speech affirmed the peace treaty with Israel and having positive relations with Washington. Morsi got plenty of congratulations from those who hold sensitive positions in the country and from world leaders abroad.
So far pretty good?

The joy of the moment has certainly masked challenges that are coming ahead. This is not mention the fact that Egypt is still under a military regime, with no parliament and under emergency law. Once that is hopefully sorted out, there still is a constitution to make. How this will take place in the coming days is still fuzzy.

It is quite obvious however, that the millions in Tahrir will not leave empty handed. The SCAF in my view does want to hand over
authority as authority is a political burden. However it does not want to take any responsibility for the casualties of its violence, or lose control over its secret economy worth billions that the top generals depend upon for power and a luxurious life.

Some sort of a deal will occur, whether spoken or not, that’s for sure. Once a sense of stability is gained, expect a whole set off issues to be thrown at Egyptian public opinion. The politics of identity has its dormant dialectics with the monotonous debate on religious versus civil state. While Islamists regard ‘civil’ as not authoritarian and having democratic peaceful transitions of power; liberalists imply the ‘civil state’ as essentially being secular. After the million man protest in Tahrir, July of last year, organised by Islamists in support of implementing Shariah, a day which secularists have fancied as the “Friday of Kandahar”, a lot of liberals shied away from calling for secularism in a straightforward manner.

Islamists on the other hand don’t discuss the concept of the ‘civil state’ away from having an Islamic identity. Ultimately Islamists see a ‘civil state’ with full implementation of Shariah.  Still the debate has many euphemisms, and as they say the devil is in the details. The coming months ahead are yet to settle the heated debates of this topic.

Perhaps a more serious and pressing challenge would be, the fact that all state institutions are still infested with corruption and occupied by Mubarak’s cronies. Even worse and more sensitive are all security institutions; defense, interior and intelligence that are traditionally enemies of political opposition and more specifically Islamists. Morsi and pro-revolution factions are going to have a long rumble with old regime vanguards to institutionalise and professionalise the entities they occupy.These security institutions previously existed for the sole purpose of suppressing opposition and to keep the regime in place.

Even a more complicated task when talking about the problem of security intuitions; is to what extent is the ‘national reconciliation’ the Muslim brotherhood called for, will include security personnel who violated human rights? Violations which notoriously include torture, sexual abuse and murder.Finally, what will soon enter discussions, is the process of economic development and how it will kick off in post-revolutionary Egypt.

The country already has urgent problems; including the issue of bread which is of poor quality and in scarcity. The shortage of gas tanks for cookers which has been a reoccurring problem for many Egyptians. Addressing unemployment and poverty will be an extreme necessity. Which grandiose development projects that will be chosen will also be a matter of discussion, additionally, much of the country’s resources are still, and wrongfully, in the hands of remnants of the old regime. Furthermore, let us not forget the billions worth of money that has left the country since the beginning of the revolution. Or is it far-fetched to imagine that a decent sum of it is coming back?

Indeed Egypt has celebrated a step in revolutionary direction with Morsi being president. Egyptians yet have to hold their breaths and face the SCAF for more. However, once the political equilibrium is set, identity, state institutions along with national reconciliation, and economic development are issues loaded with challenges for President Morsi and political factions alike.