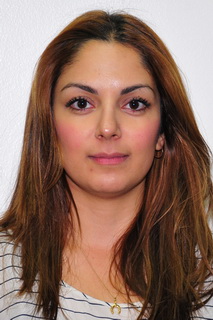 The headline is an easy one to like. Once a prisoner, now a president. It illicits support from the heart, it lifts the chin, pulls the boot straps up. The story of the underdog who rose up through the ranks and became leader of a nation that marginalised, punished and excluded him. It smells of Tahrir and inspires sentiments of changing winds (a la Obama circa 2009).

What it fortunately doesn’t convey are the sounds of backdoors closing on deals and compromises cracking through the heart of its own sentiment. Mohamed Morsi is no Mandela.

The prisoner has an office to build, power to consolidate and legitimacy to grasp. He wasn’t even his own party’s first choice, let alone his nations’ unanimous candidate.

He is not a free man yet. A prisoner of a SCAF-appointed minder/warden to approve or disapprove of the presidential lunch budget and the friends he plays with. He’s just got a much better cell to stretch out in.

In many ways he is a reluctant hero in the vein Mohamed El Baradei (circa 2010), the way El Baradei is still portrayed to be.

Even with our new hero in the highest seat, a nagging demon still pulls and tugs on the hope that a nod of acquiescence from that bespectacled and disinclined saint of reform will sanctify this elections race and victory.

The diplomat carries on his unenthusiastic shoulders the halo of a leader that is not a ghost from Egypt’s past.

The Mubarak era felool Prime Minister vs the perpetual underdogs of Egypt’s prisons (circa Nasser, circa Sadat, circa Mubarak). He has been away too long to have been sullied by the love of others.

Whether he likes it or not we still dream of him. The one that played too hard to get.

He is still sought out for political appointments.

He shrugs off and then denies he stormed out of Tantawi’s office to get away from the taint that comes with it.

Give us a little love ElBaradei.He is the one no one could catch.

He was not easily impressed, even when his adoring fans waited for him at the airport to come back, to come home, and with t-shirts with his face on them, he was still noncommittal.

With his diplomatic passport and sensible walking shoes, oh, the places we could go.

Still, he was reluctant to set a date or make any promises.

We couldn’t figure out what he wanted from us, he seemed a man for everyone and ended up choosing none of us.

Meanwhile, the hero in the new cell got up in front of the cameras and brought all of us next to him on the stage.

He loved all of us, the revolutionary, the businessman, Beltagy, the guy from google, the tuk tuk drivers, EVEN women.

He’s bringing a dowry and he left his old love for us.

He will have nothing to do anymore with those others we knew him from.

They didn’t even pick him first anyway, and he picked us all.

Still all his love is not enough, and we will never love him the same way. Still we think about the one who got away.

Because maybe for this broken heart that still beats weakly for the specter of what could have been, for the dream of where reform could go, of where it should never have to go again, it might actually be better: the devil we don’t.