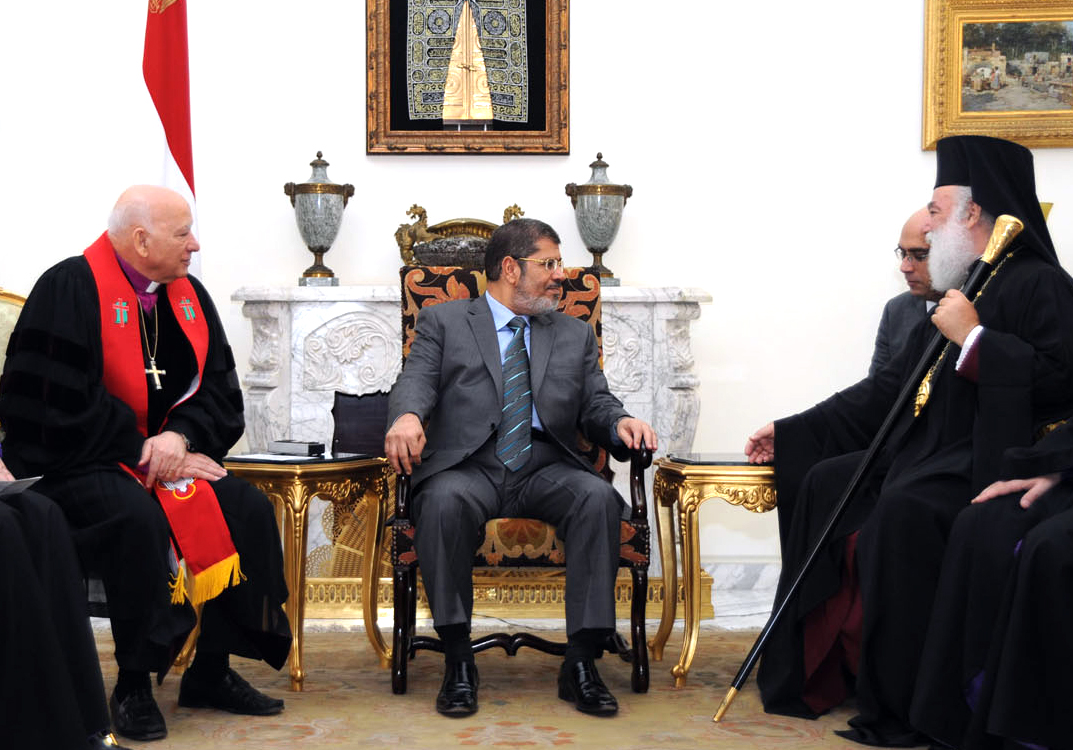 President-elect Mohamed Morsi will decide where he will take his oath of office today, his official spokesperson said. Still several issues are outstanding if Morsi plans to enforce his position.

One critical issue is his choice of prime minister. According to Yasser Aly, the interim presidential spokesperson, Morsi’s choice for prime minister would be an “independent patriotic” figure who does not belong to either the Muslim Brotherhood or the Freedom and Justice Party, the brotherhood’s political wing and the party which Morsi once chaired.

He denied rumours that Morsi has met with Nobel laureate and former International Atomic Energy Agency chief Mohamed ElBaradei, who until a few days ago was the frontrunner for the position. Aly also denied that 30 percent of ministerial positions will go to the FJP or that SCAF will get to pick the four “sovereign” ministries of Defence, Interior, Foreign Affairs and Justice. He affirmed Morsi’s promise to form a national unity coalition cabinet.

In terms of the procedures of inauguration, Aly said Morsi has been meeting legal experts in order to reach a solution that would please the “national forces” but still obide by the law. Normally the president-elect takes the oath of office in front of parliament, but only a few days before Morsi’s victory the ruling Supreme Council of Armed Forces (SCAF) dissolved the People’s Assembly, the lower house of parliament, after a Supreme Constitutional Court decision.

He also met with representatives of Coptic Orthodox, Catholic, Anglican and Roman Orthodox churches and discussed national unity as well as the hardships faced by Egypt’s Christians. According to Priest Safwat El-Beyady, head of the Anglican congregation, Morsi promised to solve all problems related to religious discrimination and ease the restrictions on the building of churches as well as review the personal affairs and unified places of worship laws.

Morsi also met with Murad Muwafi, the chief of General Intelligence, and with 15 revolutionary youth groups.

Finally, Morsi started tackling Egypt’s traffic problem, one of the five main issues he said he would solve inhis first 100 days alongside security, energy, food, and the environment. According to Aly, Morsi met with specialised experts in the traffic field from Egypt and Japan and discussed potential solutions before they presented a study outlining how to eliminate congestion from Egypt’s streets within three months.