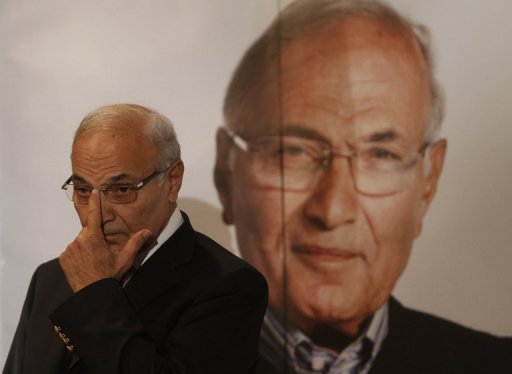 Campaign spokespersons for former Mubarak-era Prime Minister Ahmed Shafiq refuted claims Tuesday the politician fled the country to the United Arab Emirates with his children and grandchildren in tow to avoid being convicted of crimes.

Shafiq is facing 35 corruption cases, which were originally handled by a military court and later transferred to the general attorney. Shafiq is also a witness in the controversial trial of the Camel Battle. He has avoided testifying the case.

Immediately, online rumours spread like wildfire and conflicting reports ensued. Avid Tweeters claimed he had fled to Abu Dhabi in either shame, fear for his life, or sullenness. Campaign spokesperson Mohamed Magdy denied all allegations, saying Shafiq would be back on Sunday. “He will return to face the trials. I am sure,” said Magdy. “He respects the law.”

While most news reports alluded that the former presidential candidate had gone on a well-deserved vacation in Abu Dhabi, Magdy said he would proceed directly to Saudi Arabia for a pilgrimage not unlike the Hajj. Magdy said Shafiq had been planning the pilgrimage since his wife passed away in April but he delayed the trip because of his presidential election campaign.

Other rumours had him fleeing the country to avoid the almost-daily lawsuits he was being saddled with prior to and during the election period. Shafiq flew out of Egypt at dawn on Tuesday, just hours after the country’s prosecutor general had opened an investigation into allegations that he wasted public funds during his eight-year-term as a civil aviation minister under Mubarak, the Associated Press reported. Shafiq formally submitted paperwork to form his political party Tuesday, which he has dubbed, the Fareeq or the Team, which the name associated with his failed presidency campaign.