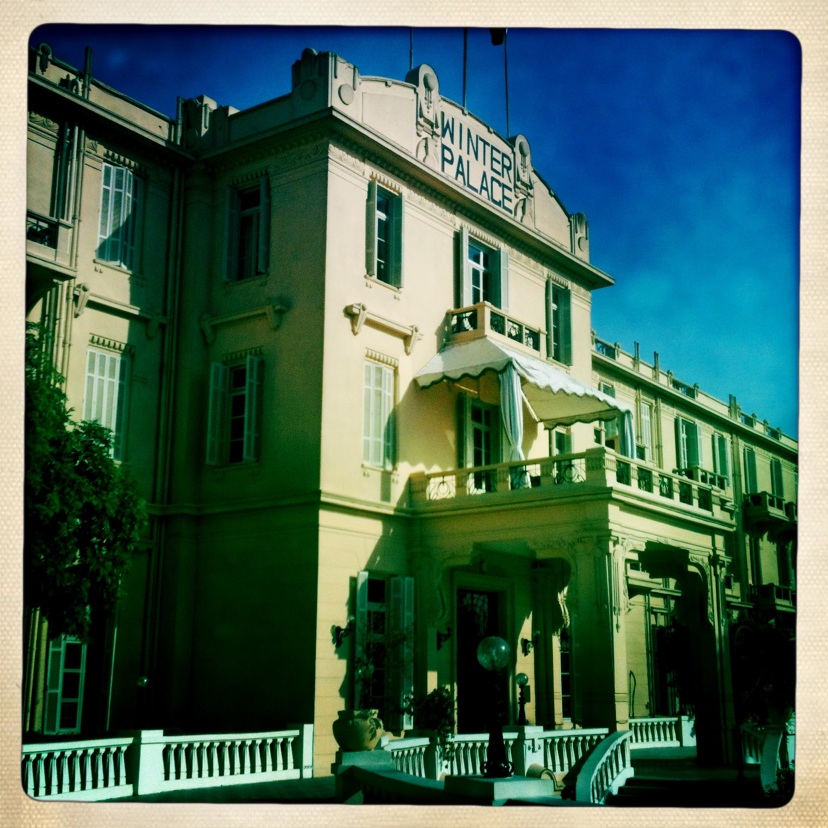 Luxor may not be everyone’s first choice destination for a summer vacation. Temperatures linger at a blistering 40 degrees plus and the hot, dry air can take its toll on temple-weary travellers.

Summer is officially low season in this virtual open-air museum of Egyptian history – and consequently the perfect time to snap up a bargain hotel room and give a much-needed boost to the local economy.

The Sofitel Winter Palace and its newer sister hotel, the Winter Pavilion, (that nestles modestly in the garden) may just sway opinion and tempt a holidaymaker to the splendour of Upper Egypt in summer. Skip a North Coast Mediterranean sojourn or the beach trip to Sinai’s hotspots, in favour of the Winter Palace’s historical grandeur.

A stay at the palace is usually tantalisingly out of reach to most, with rack rate prices starting from 500 euros per night (for foreigners) up to the princely sum of 2000 euros for the Imperial Suite.

Post 25 January 2011, Egypt’s tourism rates have taken a significant slump, so much so that The Winter Pavilion has become a seasonal hotel, open only during the winter months. Rates are significantly lower, yet bookings are still being accepted through agencies, with delighted guest being upgraded to the Winter Palace ‘proper’ on arrival.

Built in 1886, she sits, opulent and grand, the belle of the ball, proudly facing the Nile and the Valley of the Kings behind. The true majesty of this Victorian pile has to be seen to be believed. Throughout its history it has been THE address of choice in Luxor for royalty, international dignitaries and celebrities.

King Farouk spent the winter months in an elegant room with spectacular views of the hotel’s extensive tropical gardens. Agatha Christie sipped tea on the terrace while writing Death on the Nile. Howard Carter announced the discovery of Tutankhamun’s tomb from the steps of the hotel. Recent months have seen Egyptian presidential candidates and Hollywood superstars grace its suites. The last entry in the hotel guest book is from Brad Pitt, who apologises that he “flooded the Royal Suite”.

Guest rooms have lofty French windows that open out onto breath-taking Nile views, or exquisite,exotic garden scenes. Antique pieces feature in most guest rooms, but the pomp and pelmets won’t be to everyone’s taste.

Diners can experience a romantic candlelit dinner of French cuisine at the famed “1886” restaurant -but don’t forget to pack a jacket and tie- it’s a must for gentlemen. Former French President Sarkozy didn’t, and in respect to the hotel’s rather austere policy, he took himself off to the less formal La Corniche restaurant, which has a more relaxed ambience.

So accustomed is the staff at the Sofitel Winter Palace to treating their very special guests with grace and savoir faire, that ordinary guests are also given the royal treatment.

After a few days staying in this imperial jewel of the Nile, guests might just begin to believe that they are – albeit on a budget.