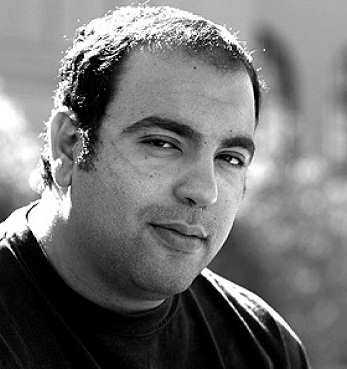 Two days ago, Mohamed Morsi, the FJP presidential candidate was announced the winner in Egypt’s first post- revolution presidential elections. For some this is the first real triumph of the revolution, for others it’s a depressing reality signifying how the Muslim Brotherhood- with all of their betrayals- continues to manage to be the only real winner in the Egyptian revolution so far, but for those who supported Shafiq from Egypt’s elite, it meant one thing: the party, for the time being, was over, and maybe, just maybe, it’s time for them to leave to greener pastures elsewhere.

The Elite dynamics in Egypt has very little to do in terms of personal achievement or fame (Being an international football star doesn’t make you part of the Elite for example, same as being a famous Actor, unlike what happens in other countries where Elite is connected to Celebrity), but more to do with how connected you are with the people in power and the families to which they belong, which are some thirty-odd families that have intermingled and inter-married for the past one hundred years. Those families have survived with their status intact a revolution and three presidencies, but they have always suspected that this new revolution might be what finally kicks them in. The moment Shafiq lost, their last vestige of hope to maintain their status was lost as well, and many of them seem to be very uncertain what their next move should be. But why, you may ask? What makes them capable of surviving a military socialist revolution, and not this one? What’s so different this time?

Well, given that being Elite is connected with being in power, when a new Elite comes into Power through a revolution, the old Elite have one of three options: 1) Leave the Country,2) intermarry with the new Elite and assimilate them,or 3) Stay in the country, bid your time with the risk of withering out. Those were the exact three option that faced Egypt’s Elite (back when they were part of an aristocracy) on the onset of the 1952 revolution, when the Army Officers became the new Elite. Some fled the country, some sat on the sidelines in bitterness awaiting a comeback that came for some and not for others, while others went ahead and intermarried with them to keep their social status, and assimilated them into their existing social dynamics and thus survived till this day. Unfortunately for them, that last option won’t exactly work this time, due to the very special nature of the Muslim Brotherhood and how their social circle operates.

Unlike the army officers, the MB have two things: 1) Money and 2) An already semi-closed existing social structure (with its own culture, schools, social values, dress-code, mannerisms, even wedding style), where the leading families are all intermarried. For example, our new President’s daughter is married to the son of Ahmed Fahmy, the speaker of the Shura Council, who in turn is related by Marriage to Saad El-Katatny, the speaker of the People’s Assembly, who in turn is related by Marriage to Khairat El-Shater, the MB’s de-facto leader, who is also related by marriage to a number of very powerful figures inside the Brotherhood Supreme Council. This semi-tribal structure, which exists all over the MB’s inner social classes, signifies two things: 1) We have a rising and complete new Aristocracy in town, 2) Our checks and balances system will not be carried on in public, but rather over familial dinner-table discussions, which is another dazzling Irony of the Egyptian revolution: The revolution that sought to remove Mubarak for desiring to keep power within his family through only his son, has handed over power over the country to a budding aristocracy. Brilliant, isn’t it? The more things change, the more they stay the same. Kind of.

Hence the level of panic that has pervaded through the old Elite families, and why so many of them are considering leaving the country. They don’t fear that this country will turn islamist, but rather that in the new social order, they don’t have a place anymore. Very few of them would be able to marry into this new elite, and even fewer would want to given the huge chasm in their social values, which unlike the last revolution has little to do with social class and more to do with piety and priorities, which are vastly different than their own. Revolutionaries who come from Elite backgrounds joke that the old elite are afraid of losing Tamarai or no longer being able to wear bikinis or partying in Hacienda, but the implications of this new social order are far more reaching than that and it will also affect the revolutionaries.

Take art and culture for example: How many amongst the MB Elite do you know to be Patrons of the arts? How many don’t have a problem with the current taste in music or in movies? How many painters, sculptors, singers or actors do you know that come from a Muslim Brotherhood background while adhering to their social code? How many would be willing to allow the current cultural scene to exist without trying to interfere with it or limit it in one way or another? The Muslim Brotherhood may have many virtues, but being fans of cultural diversity was never really one of them, and unlike the Army officers, their issues with it will not change with time or assimilation, as opposed to the old Elite, who may have had many short-comings and negatives, but they were very proud and supportive of the Egyptian arts and culture scene. Ask any art gallery owner how financially safe they are feeling right now, and you may get a sense of what I am talking about.

It’s not all doom and gloom though. While many of the old elite, whether pro or anti the revolution, may take flight very soon, many of them realise and intend to capitalize on the one major difference that differentiates this revolution from the one before. Power could be seized through democratic process and so they intend to stay and continue to fight this fight. There are still new parliamentary elections coming by year’s end, and thus a chance for survival, co-existence and offering competing visions over the course this country can take. Unlike the past year and a half, one should expect a surge of many of the old elite joining existing or new political parties as members, financiers or even political candidates, because they finally realise that relying on decades-old connections will no longer cut it, and that the only way for them to survive is through participation in the political process. For many of them who don’t want to leave, the Era of being a member of the Kanaba party is over.

In the meantime, it will be very interesting watching the direction that our new elite will take, and how they will confirm their new status amongst the Egyptian society elite dynamics, and whether they will try to integrate in it and its institutions or separate themselves from it. To cite the most superficial of examples, whether they will choose to buy properties in the gated communities or summer-escapes of the old elites or create their own? And on the other end of the spectrum, how will the old elite and their institutions deal with them in return? Will they acquiesce and take them in or fight and try to block them out, like they have for years? Personally, I will be observing the covers of Society magazines for the next few months, and if I see Khairat El-Shater being on the cover of Enigma magazine and his kids in their yearly “In-crowd” listings, I think we will all know which direction this fight is going.