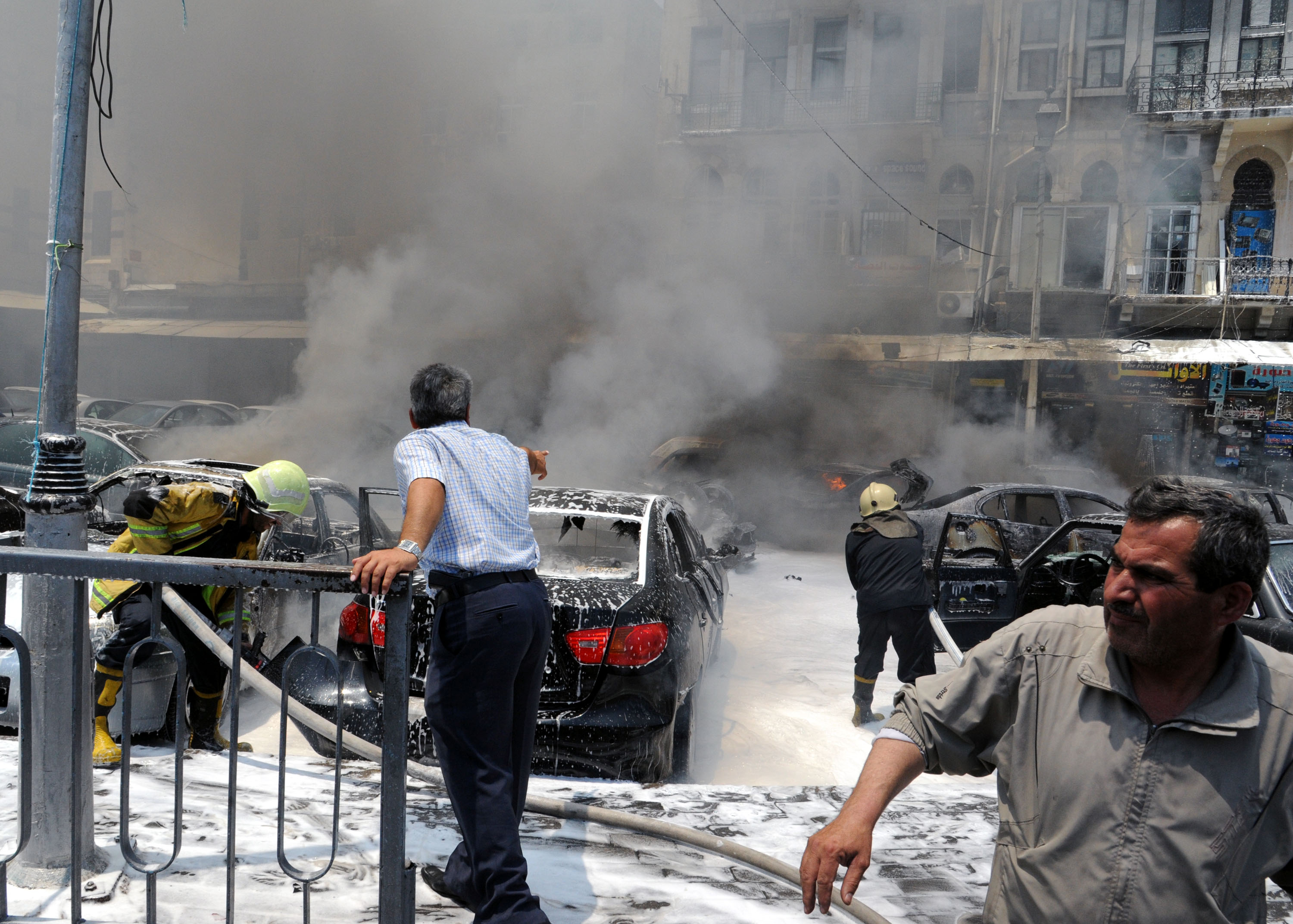 Two bombs exploded this morning outside the Palace of Justice in central Damascus, according to Syrian state television SANA.

A breaking news report on SANA described, “two bombs exploded in the parking garage of the Palace of Justice in the Al-Marjeh district of Damascus while a third did not explode.” One of the “Local Coordination Committees,” civilian neighbourhood security watches in Damascus, confirmed the blasts occurred in the vicinity of Palace of Justice.

According to AFP, a policeman at the scene described the bombs as having been attached to the vehicles of two judges parked in the main courthouse garage. A third explosive device was discovered before detonation and was defused by security forces. Three people were injured in the blast and at least two dozen cars were damaged. There were no reports of fatalities.

A Syrian state run channel Akhbariya was itself the victim of a deadly attack only days ago when gunmen stormed the production building. The channel switched from scheduled programming to scenes of chaos inside their studios. Nearly a dozen staff were injured and three died on the scene. That number rose after seven staff members abducted from the studio were later found beheaded. Syrian rebel groups are being blamed for the attack considered brazen for having struck in the heart of President Al-Assad’s stronghold of Damascus.

The Syrian President is facing threats on the nation’s border with Turkey as well. After Syrian forces shot down one Turkish jet last week and fired on another, Turkish Prime Minister Recep Tayyip Erdogan has all but declared war. The pressure Al-Assad is facing was made apparent in his statement to his newly sworn-in cabinet on Tuesday when he said Syria “was in a state of war.”

Meanwhile, Turkey is amassing forces on its border with Syria and NATO is attempting to broker dialogue between Turkey, a NATO member, and Syria, while Kofi Annan is trying to pull Iran into a dialogue with Security Council members in a meeting to be held in Geneva. The US and the UK have denied they will allow Al-Assad safe passage to attend that meeting.