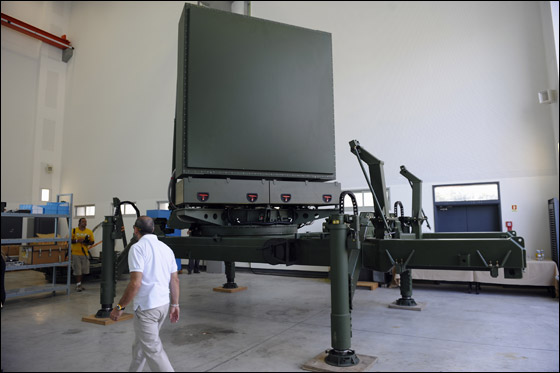 The Israeli Defense Force will deploy radar systems along the border with Egypt, similar to those used in the Gaza Strip and Lebanon, according to the Jerusalem Post on Tuesday.

The radar system used to determine the trajectory and target of incoming missiles- would relay data to a command centre, to activate an early warning system like air-raid sirens.

The radar system deployment follows a series of rocket attacks launched from the Sinai Peninsula and targeting Israel. Two rockets were fired earlier this month, near Uvda and Mitzpe Ramon, no-one was hurt.

Israeli Defence Minister, Ehud Barak, warned President-elect, Mohamed Morsi, Monday that Israel would not tolerate any further attacks from the Sinai Peninsula. The Jerusalem Post reported “predictions are that this [the Egyptian government’s promise to increase efforts to regain control of Sinai] will not happen, particularly following the announcement on Sunday that Mohamed Morsi of the Muslim Brotherhood was elected president.”

Similarly, Israeli foreign ministry sources told McCaltchy newspaper reporters that Morsi is uninterested in forging ties with Israel. “This is a man we don’t feel will be interested in enhancing the ties between Israel and Egypt,” said the IDF source. “This is a man who might want to weaken those ties.”

These statements, as well as the boosting of border security, are a stark contrast to Israel’s positive official stance regarding Morsi. Israeli Prime Minister, Benjamin Netanyahu, said on Sunday that Israel respected the Muslim Brotherhood’s victory and “the democratic outcome of the election.” The statement also said “Israel expects continued cooperation with the Egyptian administration on the basis of the peace accord between the two countries.”

There were fears earlier this week that president-elect Morsi would disrupt the Camp David Accord signed in 1979, upon which much of Egypt’s US aid depends, after Iran’s Fars News Agency released a purported interview with Morsi.

The interview and accompanying audio recording allegedly revealed Morsi stating that he would “review” and “reconsider” the peace accord with Israel as well as build ties with Iran to create a “strategic balance.” The interview was vehemently denied by Morsi. Al-Arabiya quoted unnamed experts who said the voice on the audio recording was not Morsi.