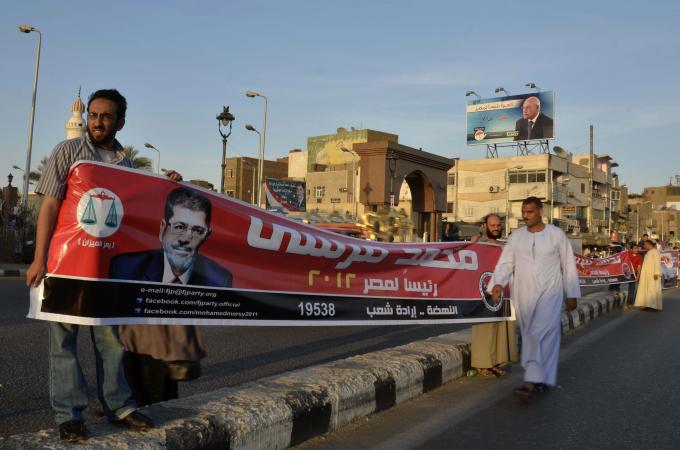 “The Brotherhood’s ‘Renaissance’ project is non-negotiable, we will not accommodate other ideas”

Dr. Mohamed Gouda, a member of the Freedom and Justice Party’s (FJP) economic committee and its spokesman, responded to recent criticisms that businessmen prepared the party’s Nahda project and that it does not sufficiently include leftist ideas.

Khaled Ali, the former presidential candidate, said that President-elect Mohamed Morsi’s economic platform is identical to that of Ahmed Ezz, referring to the currently jailed businessman and former leader of the National Democratic Party. Ali added that the plan will not achieve the revolution’s goals of social justice and a just distribution of wealth. Director Khaled Youssef, who had participated in Hamdeen Sabahi’s campaign, described the project as a plan prepared by businessmen for business interests, referring to Deputy Chairman of the Muslim Brotherhood, Khairat Shater, as well as prominent Brotherhood figure, Hassan Malek.

Gouda said “I doubt that they have even seriously looked at the project. They are basing their opinions on personal impressions and are confusing the FJP’s vision with the business activities of some of the Brotherhood’s members.” He doubted that the critics were qualified to pass judgment on an economic plan.

Gouda said in statements that his party can achieve social justice without applying ideas that have brought pain and suffering to many countries, squandered wealth, and crushed freedoms. He added that countries like those in Eastern Europe were not liberated until throwing off the yolk of communism and socialism.

Critics of the Nahda project claim it is a neo-liberal vision of economics that sist to the right of the previous regime’s policies. They say that the plan relies on private investment to achieve social goals instead of policies to redistribute wealth such as progressive taxation, as the plan does not propose to modify the tax rate for the wealthiest Egyptians.

Gouda told Daily News Egypt that the Nahda project will not include other ideas either in its philosophical outlook or its strategic goals. As for the plan’s implementation, he said that the FJP is open to ideas. He added that for this reason, the party undertook a study of economic programs in Turkey, China, Singapore, and others.

He said “Our Islamic project is non-negotiable.”

When asked about the 48% of Egyptians who rejected the Nahda project in the presidential election, Gouda said that “Egyptians don’t base their votes on a careful study of the candidates’ electoral programs. The other candidate did not even propose a clear program compared to the Nahda project.

The project is based on moderate interpretation of Islamic law that includes all citizens. This interpretation takes the ‘Shura’ as a founding principle and a model for the state. The Nahda project envisions that Egypt will become a constitutional state with a separation of powers, holding that the people are the source of authority. As such, the project envisions that local positions will be chosen in local elections and to support and strengthen political diversity.