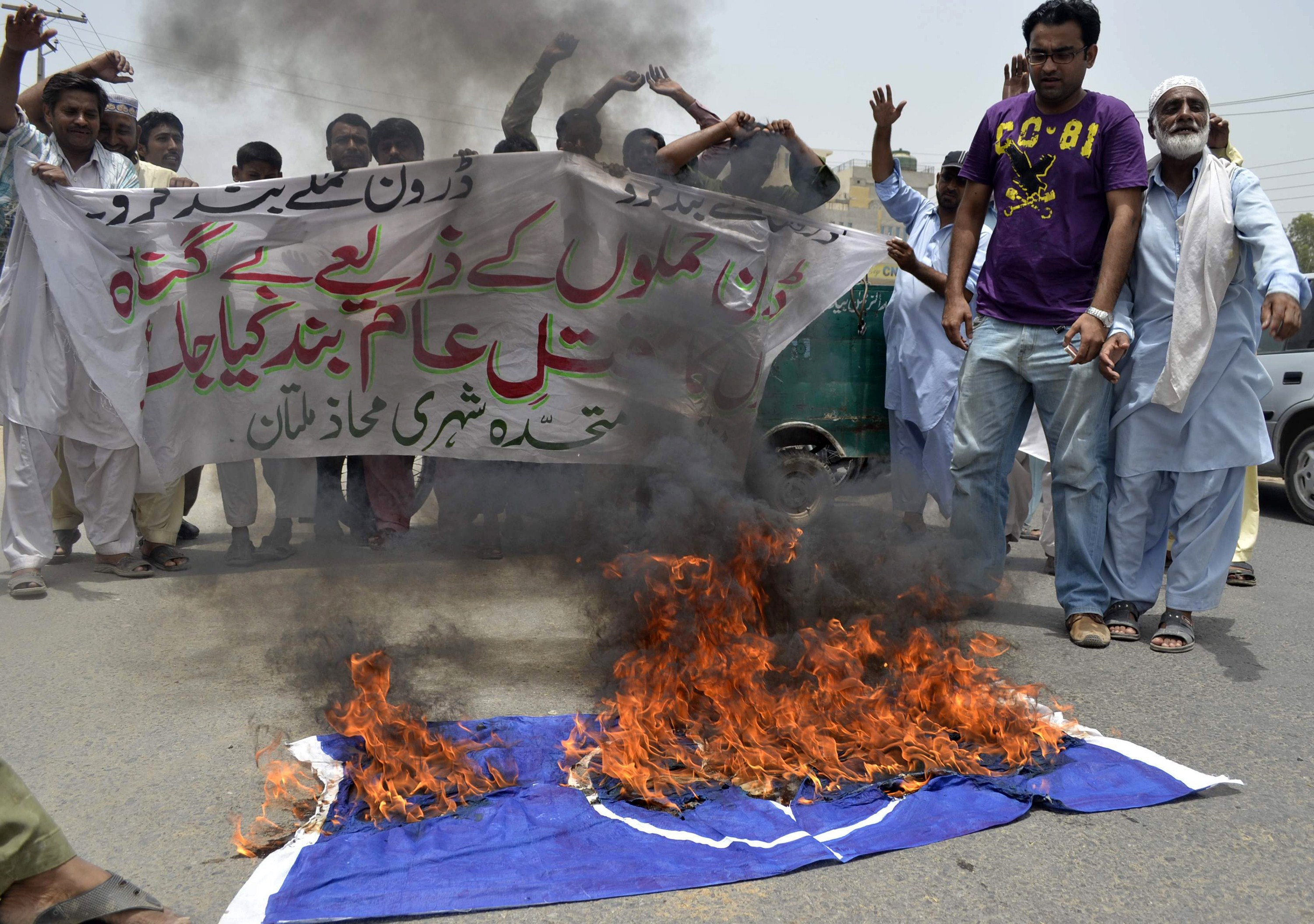 RAWALPINDI, Pakistan (AFP) – The US commander in Afghanistan discussed border coordination with Pakistan’s army chief on Wednesday as the Taliban released a video showing the remains of 17 beheaded Pakistani soldiers.

General John Allen, who commands 130,000 NATO troops fighting the Taliban in Afghanistan, flew into Chaklala air base and went straight into the talks with General Ashraf Kayani at his Rawalpindi headquarters, before jetting out of the country, officials said.

There was no immediate comment from NATO’s International Security Assistance Force (ISAF), but a Pakistani official said Kayani demanded greater efforts from the Americans on stopping cross-border incursions.”It was a routine meeting to discuss the border coordination,” a senior Pakistani military official told AFP. “We also raised the issue of cross-border attacks on the Pakistan military from Afghanistan. We demanded that ISAF take action against the militant sanctuaries in Afghanistan and eliminate the militant groups involved in cross-border attacks inside Pakistan,” he added.Pakistan said around 100 Afghan-based militants crossed the border into the northwestern district of Upper Dir on Sunday.

Six soldiers were killed and 11 went missing. Pakistani officials said Tuesday that seven of them were beheaded. On Wednesday, a senior security official in the northwest admitted that all 17 had in fact been beheaded after the Pakistani Taliban released a video showing the slaughtered heads. Pakistan’s main umbrella Taliban faction claimed responsibility for the attack.

Intelligence officials said the perpetrators were loyalists of MaulanaFazlullah, a Pakistani cleric who led a two-year Taliban insurgency in the northwestern Swat valley before fleeing into Afghanistan to escape an army offensive in 2009. But both the Afghans and the Americans repeatedly blame Pakistan for not doing more to eliminate havens on its soil, which are used as launch pads for attacks across the border. Last Friday, Allen blamed the Pakistan-based Haqqani network for a siege on a lakeside hotel in Kabul that killed 18 people.

Earlier this month, US Defense Secretary Leon Panetta said Washington was running out of patience with Pakistan over militant havens. On Tuesday, officials and witnesses in Afghanistan’s eastern province of Kunar also said that thousands of villagers have been forced to flee their homes to escape a barrage of cross-border artillery and rocket attacks from Pakistan.

It was also likely that Allen and Kayani discussed Pakistan’s seven-month blockade on overland NATO supplies into Afghanistan after US air strikes killed 24 Pakistani soldiers along the Afghan border on November 26.Talks to reopen the border have reached stalemate over Pakistani demands for a formal apology.