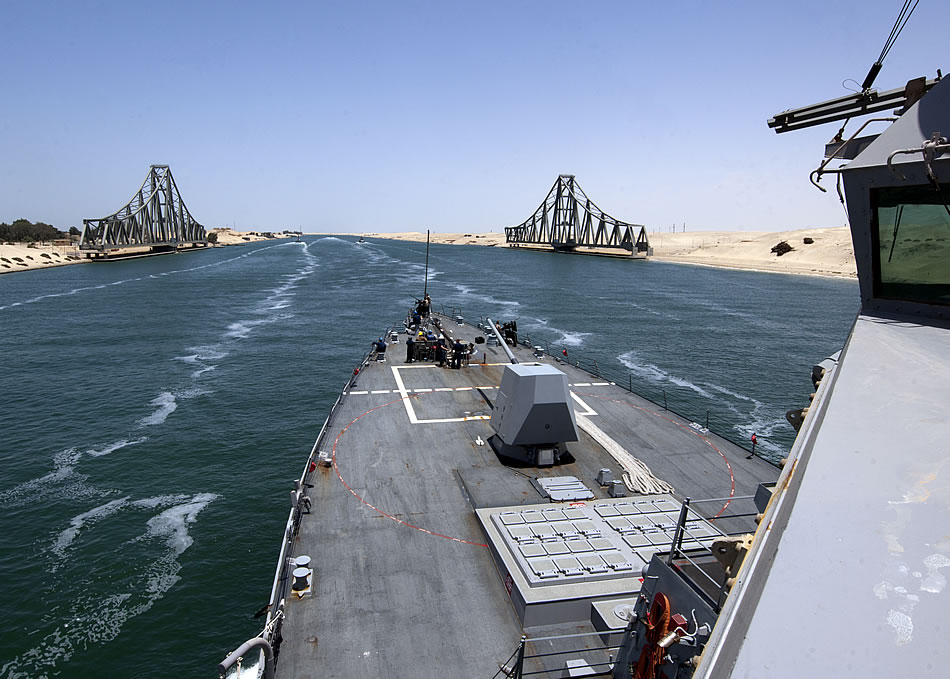 A maritime source working in the Suez Canal reported on Wednesday the passage of a nuclear submarine alongside two destroyers, both belonging to the United States supposedly headed to the Persian Gulf.

The maritime source added that the nuclear submarine – USS Florida – and the destroyers – USS James Willams and Seattle – were accompanied by tugboats belonging to the Canal during their 14-hour trip.

The destroyers and submarines were reported to be headed to the Persian Gulf in order to complete missions in the region.

This is not the first time United States’ Navy Ships have passed through the Suez Canal. More often than not, the Navy ships are usually heading in the same destination.

The incidents usually coincide with developments in regards to the crisis with Iran’s nuclear program.

Iran has frequently threatened to close down the Strait of Hormuz in the face of mounting sanctions.

The Strait of Hormuz – which lies on the coast of Iran – is a narrow strait in the Gulf of Oman, where 20 percent of the world’s oil passes.