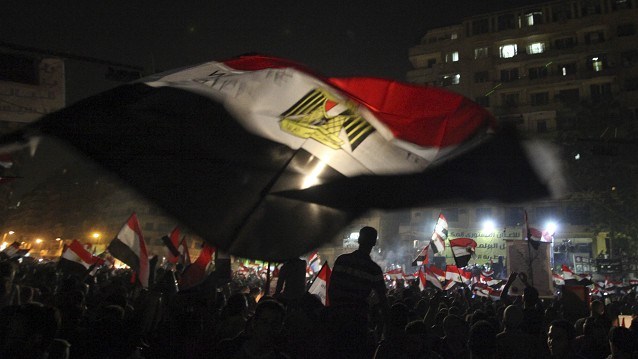 Thousands of Egyptians made their way to Tahrir Square in protest of the recent constitutional decree released by the ruling military council.

The protesters are waiting for President-elect Mohamed Morsi who is set to make his way there.The president-elect performed Friday prayers in Al-Azhar mosque and was supposed to head immediately to Tahrir to make a statement but the timing was changed to  6 pm.

The constitutional decree released by the ruling Supreme Council of Armed Forces severely limits the president’s powers and many political parties and groups, including Morsi’s Muslim Brotherhood and its political wing the Freedom and Justice Party, have rejected it.

In response, many activists and groups such as April 6 (The Democratic Front) and the Second Revolution of Anger have announced they will be pulling out of today’s planned protest. They argue that if Morsi plans to take his oath of office infront of the SCC, he is accepting the SCAF decree.