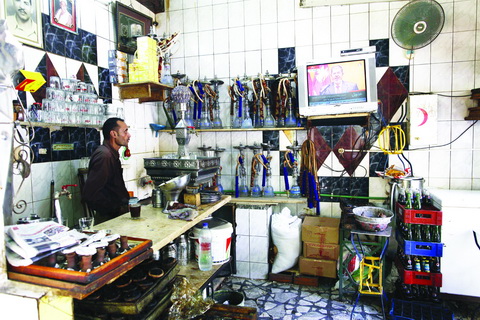 President Mohamed Morsi was treated to a full military parade and all the accolades that go with being the official President of Egypt on Saturday.

The military party was the tail end of events that marked President Morsi and his oath of office in front of the general assembly of the Supreme Constitutional Court (SCC), officially becoming the fifth president of Egypt and the first civilian to hold the post.

Morsi reaffirmed his respect for the judiciary in a short speech he gave after the oath, vowing to ensure the independence of the judicial and legislative branches from each other as well as from the executive.

The presidential oath is usually performed in front of parliament, but a decision to dissolve its lower house by the country’s ruling generals on the back of the SCC decision forced Morsi to swear in front of the court’s general assembly instead, as per a constitutional decree released by the military.

Many activists and revolutionary forces, as well as Morsi’s own group, the Muslim Brotherhood, had called on Morsi to reject the idea of taking the oath in front of the SCC as it would be an implicit agreement to the decision to dissolve the People’s Assembly and the constitutional decree, which limits his presidential powers.

The president made a point to visit Tahrir Square on Friday, the day before his official swearing in at the SCC, where he gave a speech and took the oath of office in front of hundreds of thousands protesting the Supreme Council of Armed Forces’ decree.

While the oath in square was not officially binding, it was a powerful gesture nonetheless. In many ways it was a compromise for those unsatisfied with the SCC oath, especially those still fighting the dissolution of parliament, where it was initially expected he would swear in.

Others saw his visit to Tahrir as a hollow gesture since Morsi ended up taking the oath in front of the SCC anyway.

The April 6 Youth Movement and other groups have expressed that they would protest Morsi’s decision to do so, viewing it as an acceptance of SCAF’s decree.

Morsi again tried to appease those fighting to revive Egypt’s parliament by repeating his oath of office again, this time at Cairo University to a room filled with members of parliament.

It was his first address to the nation as president. The gesture was again viewed as a bid to show he rejects the People’s Assembly dissolution.

Despite a day full of oaths and addresses, Morsi is still in a fight to secure his authority as president.

In his address in Tahrir he reaffirmed that he would not agree to any limiting of his presidential powers and vowed to allow no one but the elected authority to govern Egypt, in a reference to SCAF and its decree.