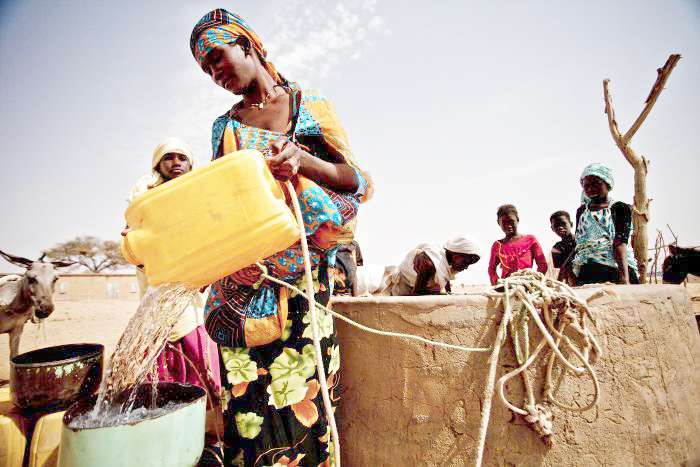 Activists and demonstrators clashed with authorities in Mauritania on Sunday as they called on the president to step down amid a backdrop of increased militant activity in the Sahel, a military coup in Mali and a severe drought gripping the region.

Thousands of opposition demonstrators gathered in the capital, Nouakchott, angry over President Mohamed Ould Abdel Aziz’s decision to deploy troops to confront militants aligned with Al Qaeda in the Islamic Maghreb (AQIM) in neighbouring Mali. The protesters also demanded Abdel Aziz to step down, as authorities fired tear gas at the crowd, injuring a prominent activist in the process.

Mauritanian political activist Fadel Walad Al-Mukhta, who was in the middle of the crowd calling for the end to Abdel Aziz’s rule, was arrested and beaten by security forces.

However, the increased displeasure with the president is not the only issue pushing Mauritanians to the streets. The conflict in neighbouring Mali, which witnessed a military coup earlier last month, has spilled over into Mauritania.

According to United Nations World Food Program (WFP), 71,799 Malian refugees fled the ongoing violence seeking asylum in M’bera camp in Mauritania. WFP reports put the number of Malian refugees arriving refugee camps on a daily basis to 400. Being a poor country, the flow of refugees to Mauritania poses a serious challenge on its own. WFP assessed food insecurity in Mauritanian households at 25 percent. According to the UN food program, grain production is down by 46 percent.

With rising food prices, Mauritanians are suffering from a scarcity of resources. They cannot afford to share food stuffs with arriving refugees, since the current WFP refugee operation in Mauritania is suffering from a $9 million shortage.

An estimated 1.5 million children are believed to be facing starvation in the Sahel region. More and more Mauritanians are taking to the streets to protest the lack of water, with some villagers even travelling to the Capital to demonstrate in front of the presidential palace, according to news sources.

As the summer heat drags on, more and more wells have dried up and Mauritanian villagers have to travel large distances to find water. The Sahel region has long been subjected to subsequent droughts, the latest of which started with below average rainfall in 2011. The already distressed Sahel countries have been plagued by a slew of recent droughts over the past few years.

Amid the protests against the current regime, coupled with a refugee crisis at a tipping point, fuelled by the repercussions of Mali’s military coup, questions swirl around whether this latest drought might affect the political stability of the Sahel country.