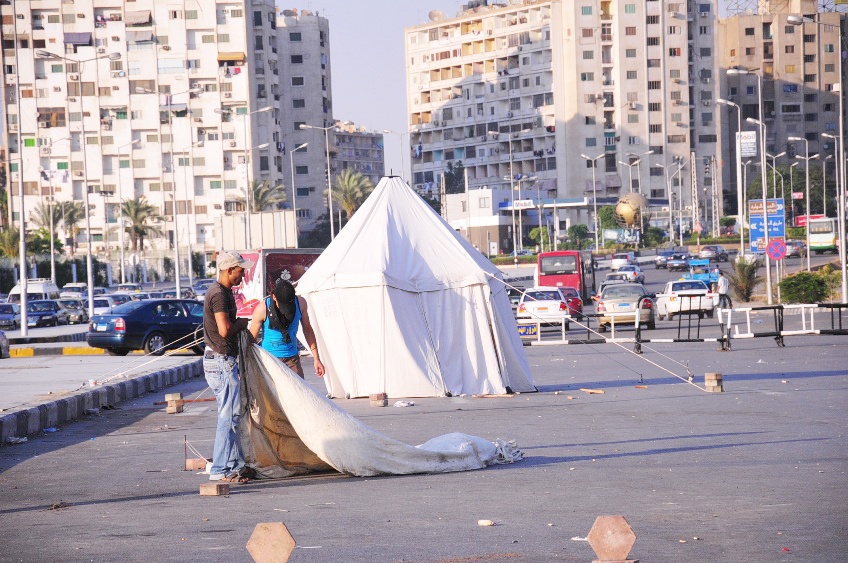 Mohamed Morsi will not be reversing the decision to dissolve the People’s Assembly, parliament’s lower house, his spokesperson said.

In his speech at Cairo University on Saturday, in front of an audience that included many members of parliament from the disbanded PA, Morsi stressed several times that it was “time for the elected institutions to go back to their work” and that “the people have elected a People’s Assembly.”

Observers of the Egyptian political scene took that to mean he rejected the PA dissolution decision.

However, according to interim presidential spokesperson Yasser Aly, the president meant the return of an elected institution in a legal manner.

The Administrative Judiciary Court is currently looking at a case filed by several PA members against the dissolution decision.

If the court rules to nullify the decision, MPs can go back to representing the people, and the Supreme Council of Armed Forces, which took over legislative powers after the PA dissolution, could complete a full civilian handover.

Aly said if the court upheld the decision, however, Morsi would not fight the ruling as he respects the law and the decisions of the judiciary. Instead, elected institutions would return after a new round of elections and a new PA is chosen by the people.

The supplementary constitutional decree, which SCAF released after dissolving the PA, states parliamentary elections cannot take place until a new constitution is drafted however.

With the Constituent Assembly tasked with writing the constitution facing the threat of dissolution, the process could very well stall. In the event of a roadblock, SCAF will have to pick a replacement assembly.

If the Assembly survives the upcoming September 4 court ruling, or is able to finalise the constitution before the ruling, Morsi can call for parliamentary elections by October.

This would mean a new PA by January of next year.

Until then, Morsi will be forced to share power with SCAF. Many activists and revolutionary groups, as well as Morsi’s own Freedom and Justice Party, the political wing of the Muslim Brotherhood which had more than 46 percent of the dissolved seats in the PA, called on Morsi to reject the SCAF decree and the dissolution decision.

Morsi, however, did not reject the ruling and performed his oath as outlined by the decree in front of the general assembly of the Supreme Constitutional Court.

Many have taken this to be a sign of Morsi’s implicit acceptance of the decree, although he performed the oath two more times, once in Tahrir Square on Friday, and then again at Cairo University on Saturday, in an attempt to reach a middle ground.

Aly’s statement, coupled with a very positive speech Morsi gave about the military on Saturday, however, seem to solidify the notion that he has decided not to confront SCAF generals.