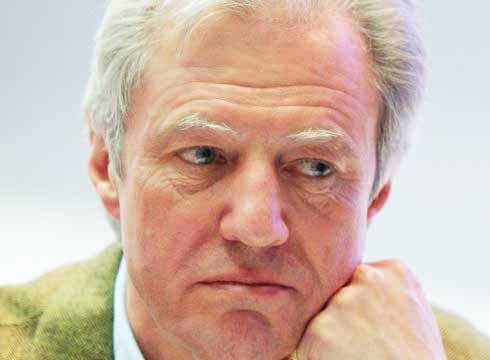 The beleaguered bank announced his departure, and promised an independent audit, amid questions about the future of its chief executive Bob Diamond and generally about morality in London’s financial sector, or City.

Britain’s Serious Fraud Office (SFO) said it was considering whether it was “both appropriate and possible to bring criminal prosecutions” over the issue, adding that it hoped to come to a conclusion within a month.

British finance minister George Osborne was set to address parliament at around 1530 GMT to speak on the matter.

The manipulation of interest rates, which may turn out to implicate some other international banks, concerned the Libor and Euribor rates which play a key role on global markets, affecting what banks, businesses and individuals pay to borrow.

Barclays said that Agius, who has chaired the bank for six years, would remain in his post until a successor was found.

But markets were also focused on whether Diamond, a high-profile and highly paid banker, would keep his job amid widespread calls for him to go.

Markets were also wondering whether the latest banking scandal would result in a radical shake-up of the way in which business is conducted across the City, amid pressure from high up the political ladder.

“I am truly sorry that our customers, clients, employees and shareholders have been let down,” Agius said in a company statement, less than a week after the bank was fined by British and US regulators for alleged rigging of inter-bank rates.

Agius said: “Last week’s events — evidencing as they do unacceptable standards of behaviour within the bank — have dealt a devastating blow to Barclays’ reputation.

“As chairman, I am the ultimate guardian of the bank’s reputation.

Accordingly, the buck stops with me and I must acknowledge responsibility by standing aside,” he said in the statement.

Barclays added that it would launch an independent audit that would “undertake a root and branch review of all of the past practices that have been revealed as flawed since the credit crisis started” about five years ago.

The bank insisted that it would establish “a zero tolerance policy for any actions that harm the reputation of the bank.”

Britain’s Business Secretary Vince Cable on Sunday backed calls for a criminal investigation into bankers
involved in the scandal.

That was after Prime Minister David Cameron said he intended to bring Diamond and others at the bank to account.

US national Diamond, who was in charge of Barclays’ investment arm at the time of the suspected manipulation, was to face questions from British lawmakers on Wednesday.

The SFO on Monday said it had been working closely with the Financial Services Authority watchdog during the latter’s investigation into Libor rate manipulation.

“Now that the investigation into the issue of regulatory misbehaviour has concluded, the SFO are considering whether it is both appropriate and possible to bring criminal prosecutions,” the independent government department said in a statement.

Pressure on Barclays has risen after British and US authorities last week together fined the bank £290 million ($455 million, 360 million euros) amid international probes into several lenders over alleged rigging of overnight rates.

Barclays is the first major financial institution to settle following investigations on both sides of the Atlantic.

On Sunday it emerged that bailed-out Royal Bank of Scotland (RBS) had sacked four traders over their alleged involvement in the affair, raising suspicions that the practice was widespread.

Meanwhile the true cost of the scandal risks ballooning for Barclays.

“We see challenges for plaintiffs to show that artificially suppressed or raised Libor estimates from Barclays… shifted Libor on any given day and that financial loss followed as a consequence,” he said in a note.

“Talk of Barclays and the Libor scandal remains the focus of the London market… with the resignation of Barclays chairman, Marcus Agius, compounding fears that the City is facing a significant shakeup in light of last week’s events,” said Spreadex trader David White.