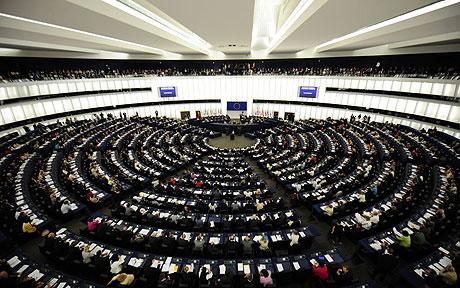 The European Union warned the Egyptian government over the continuation of banning cotton imports.

In a statement to the Egyptian Ministry of Agriculture, the EU said that the decision to ban cotton imports is a violation of the General Agreement on Tariffs and Trade (GATT), and must be reconsidered.

It is expected that the Ministers of Agriculture and Trade will hold an emergency meeting to discuss the position of the domestic cotton trade and necessity of the cotton import ban.

Abdel Aziz Amer, the Internal Vice President of the Egyptian Cotton Trading Organisation (ECTO), rejected opening Egypt to cotton importation in light of the textile manufacturers’ refusal to use Egyptian cotton, in addition to the fact that this year’s domestic production of cotton has yet to be completely sold.

Textile manufacturers are pressuring the Ministry to lift the ban on cotton importation, while the EU and the United States have claimed that the import ban violates the GATT agreements.

Amer stressed that domestic cotton traders have yet to sell nearly 1.36 million kantars of cotton, which will remain unsold if cotton imports are resumed.

The joint decision of the Ministries of Agriculture and Trade stipulated that cotton imports would cease until all domestically produced cotton is sold.

According to the Cotton Trade Commission, local merchants have sold 2.54 million kantars of local cotton, with roughly 995,857 kantars sold to local manufacturers and the rest sold as exports.

Total cotton production during the 2011-2012 season stands at 3.6 million kantars with 300,000 kantars leftover from the previous season, bringing the total amount of cotton available for sale this season to 3.9 million kantars.

Amer noted that total land area devoted to cotton production was expected to fall to 320,000 acres, down from 350,000 acres by the end of the current season, which he attributes to the lack of trust that the government will buy cotton at the prices it declared at the beginning of the season.

He added that the ECTO decided to increase the subsidy allocated for cotton purchases to EGP 100 to EGP 150 per kantar in order to encourage domestic consumers.

The Ministry of Finance had allocated EGP 150m to subsidise the purchase of 1.5 million kantars of cotton, but only one million kantars have been sold up to the current period.

As such, the Ministry felt it necessary to increase the subsidy.

Ahmed Moustafa, head of the cotton affairs committee of the Cotton and Textile Industries Holding Company, said that the decline in the land dedicated to cotton production will not have a large influence on cotton companies in either the public or private sector due to the current season’s surplus.

In statements made to The Daily News Egypt, he stated that the surplus will make up for the decline in land used to grow cotton next year, noting that the market is not in need of a renewal of imports since domestic cotton is readily available and the government has provided adequate subsidies for its purchase.

The public sector exported 230,000 kantars of cotton this season out of 1.5 million in total kantar exports by 64 companies.

India, Pakistan, and China led the list of countries to which Egyptian cotton was exported.