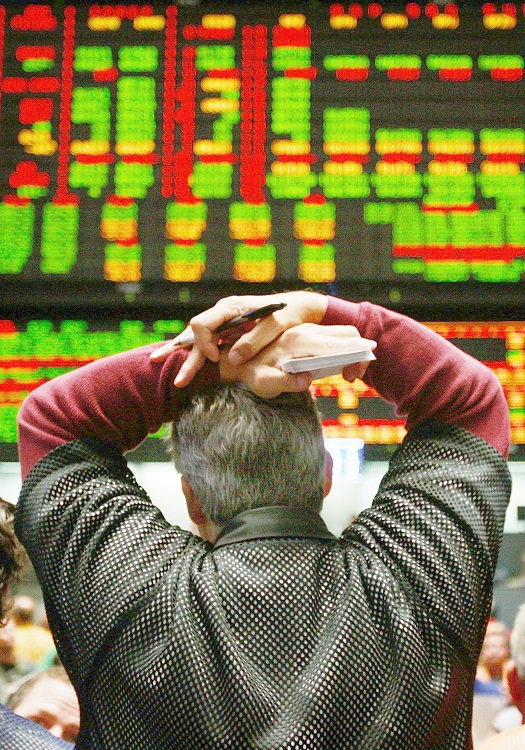 Focus was also on the banks, as Barclays chairman Marcus Agius paid the price of “devastating” damage to the lender, resigning over the rigging of key global interest rates which has sullied London’s image as a financial centre.

London’s benchmark FTSE 100 index climbed 0.60 percent to 5,604.67 points in midday trading in the British capital and on the first trading day of the third quarter. The previous quarter had seen heavy losses for markets as the eurozone debt crisis took a firm hold of Spain.

The interest rates which Spain and Italy must pay to borrow, critical factors in the crisis, edged higher following a sharp drop on Friday.

European leaders at the end of last week agreed to use emergency funds to support ailing banks directly and to ease pressure on governments’ debt burdens through direct bond purchases, if necessary. They also agreed on cobbling together $150 billion to boost growth.

“The European summit concluded without agreement on the long-term details (fiscal union etc), but did offer relief for Spain and Italy with direct bank funding” from the future European Stability Mechanism (ESM), the National Australia Bank said in a note. It added the agreement was “positive, but there are questions about how long this takes to establish,” since a eurozone banking supervisory body to be based at the European Central Bank must be established first.

Official data published Monday showed meanwhile that eurozone unemployment climbed to a record high of 11.1 percent in May, with Spain the hardest hit at 24.6 percent. More than 17.5 million people were jobless in the 17-nation single currency area in May, according to Eurostat data agency.

The official purchasing managers’ index (PMI) slipped to 50.2 last month from 50.4 in May, industry group the China Federation of Logistics and Purchasing said.

On Monday, the PMI from British bank HSBC, which focuses more on small- and medium-sized companies, showed Chinese manufacturing activity contracting for the eighth consecutive month in June.

The beleaguered bank on Monday announced the departure of Agius, and promised an independent audit after British and US authorities last week fined Barclays amid international probes into several lenders over alleged rigging of inter-bank rates.

In Paris, the price of shares in French bank Credit Agricole soared on rumours that it might sell its Greek subsidiary Emporiki, while the National Bank of Greece said it had held talks with the French bank.

The stock rose 7.5 percent to reach 3.73 euros in afternoon trading, posting the biggest rise on the CAC 40.