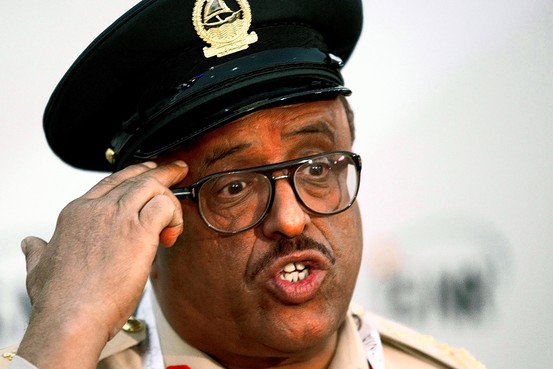 Behind the facade of seven-star hotels, extravagant malls and consumer lifestyles that the United Arab Emirates is world-known for, exists an undiscovered world of gang crime.

Sword-wielding thugs are becoming more and more common in the UAE, as unemployment for nationals rises amid the rapid development of its cities.

In recent days, fights between teenagers in Dubai left a young man from the Comoros island dead, run over by a car in the aftermath of a sword fight between seven young men.The men belonged to rival gangs.
Only a few days before, a group of young men were arrested for attacking a child in Al Ain, in Abu Dhabi, the Emirati capital.

In addition, several Emiratis were arrested in a gang fight in the emirate of Umm Al Quwain in May.

It has become common, according to news organisations in the Emirates, for teenage gang members to wield knives and axes in order to settle disputes.

The activities of the youth gangs include kidnapping people, vandalism, and theft.

The Emirati police are making efforts to crackdown on the young men who are not allowed by law to carrying these weapons.

In Dubai, the impoverished neighbourhoods of Satwa and Al Quoz are becoming increasingly plagued by gang violence.

Members of such gangs include both Emirati nationals as well as people from other countries mostly Asian, who go to the UAE in search of better opportunities.

In 2009, the Emirati police arrested an Asian gang that went by the name ‘Death Chair’ whose members terrorized and harassed the children of an upscale neighbourhood.

The UAE is used by drug traffickers as a transit point for smuggling drugs due to its geographical location close to South East Asia.

In April, more than 20 people were arrested as part of an international drug smuggling ring in Dubai.

More than a 1,000 people were arrested in Dubai last year for their involvement in drug smuggling.

In addition, cars are also smuggled out of the country and sold.

The Dubai police in May arrested members of a gang who smuggled cars into a neighbouring Arab country where they would be sold.

The unemployment rate in the UAE hovers around 14 percent, the highest it has ever been.

The Dubai police chief warned earlier in 2011 about fears that the unprecedented level of unemployment in the country is threatening security in the country, according to The National.

Asian migrants who come to the UAE in search of a job and a better life are faced with living in crowded and impoverished housing hidden away from the country’s beaches and oceanfront hotels.

Asian migrant workers living in the UAE are often forced to live in labour camps lacking the basic necessities of sanitation and food, a 2010 Human Rights Watch Report contended.

The report highlights a stark difference between the country’s luxurious hotels and tourist attractions.