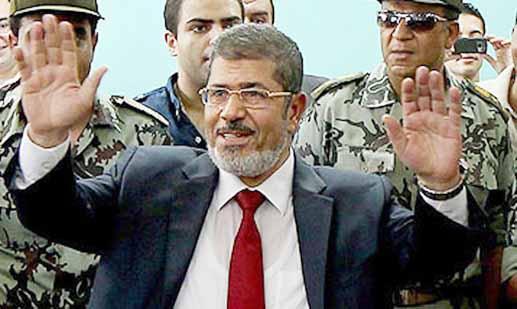 As one for his first decisions after being sworn in, President Mohamed Morsi instated a 15% increase in the salaries of government employees and raised social security payments to EGP 300 per household.

Officials in the Ministry of Finance revealed that the new raise in salaries will cost the treasury EGP 4 billion, which will come from the state’s wage-reserves that currently stand at EGP 7.6 billon.

In addition, the decision to raise social security payments will cost the treasury an additional EGP 2.5 billion.

The President decided to also increase pensions by 15%, ensuring that the burden of such raise will not fall on the Social Insurance Funds, as they had in the previous years.

Cumulatively, the cost of the President’s first batch of decisions is expected to average EGP 20.7 billion.

In the previous week, Morsi met with the ministers who form the “economic group” to deliberate a number of issues, after which he assigned the outgoing Prime Minister, Kamal Al-Ganzouri, to lead a caretaker government until the new cabinet is formed.

Minister of Finance, Mumtaz Al-Saeed, stated that the government began implementation of the new budget decisions last Sunday, after the approval of the Supreme Council of the Armed Forces (SCAF.)

Government expenditures in the newly drafted budget are EGP 537 billion while revenues are expected to average EGP 392 billon, leaving a projected deficit of EGP 140 billion, or 7.9% of GDP.

The decision to raise pensions and government wages is considered a symbolic act of rejection my President Morsi to SCAF’s exclusive role in drafting and approving the budget, which is considered a legislative act.

The new budget was not subject to serious discussions as it arrived to the People’s Assembly (PA) one week before its dissolution.

Officials in the Freedom and Justice Party (FJP) said that the new budget does not express the preferred policies of the party of which the President is a member, noting that Morsi’s decisions indicate that he will resist the implementation of a budget that does not comport with his electoral platform.