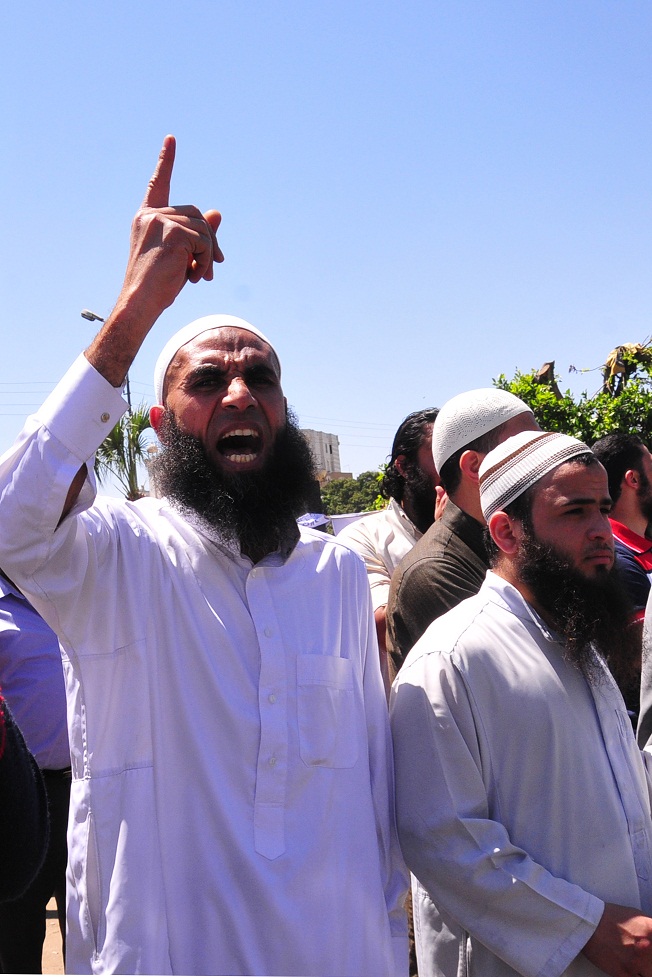 A rift between members of the Salafi Al-Nour party conflicted over how to respond to the addition of language in the constitution stipulating that Egypt is a “civilian state” is threatening to fracture the organisation.

While the head of the Al-Nour Party, Dr. Emad Abdel Ghaffour, denies the party would withdraw completely from the constituent assembly over the specific use of “civilian state” in the constitution, the party’s spokesman, Yousri Hamad, says the party would officially withdraw its members in protest.

“Withdrawing from the constituent assembly is something which the party’s high board has not discussed,” Dr. Abdel Ghaffour said. “It goes against the spirit of dialogue.”

The members are in agreement over the need to reject language that does not conform to their ideas of a constitution based on Shari’a prinicple.

The rift highlights a difference of opinions over participation in the constitutional drafting process, but could signal an even more serious fissure in the party.

Yousri Hamad said any effort to infuse “secular” language into the constitution would be met with an immediate of withdrawal of the Al-Nour party’s members from the constituent assembly.

“A constitution which is supposedly based on Islamic Sharia cannot be changed into one which fights Islamic Shari’a,” Hamad said in an interview.

Yousri Hamad added that the party would have no other response but to ‘withdraw’ in protest.

He said Al-Nour Party would only accept wording implying an existence of ‘civil’ state only if it meant “a non- military state.”

Anything less than that, Hamad said, would mean the party would withdraw.

Adel Afify, head of Al Assala Party, also a Salafist political organisation, said the party would similarly withdraw its members from the constitutional drafting process if the “secularising language was included.

“There is no such thing as a civilian state,” Afify said.

Abdel Ghaffour said even the word “civilian” is coded language used by intellectuals to imply Egypt is a “secular” state.

“We shall refuse anything which implies separating religious life from political life,” Abdel Ghaffour said.

“Describing Egypt as a secular country is something that shall be rejected by the Egyptian population.”

However, a state unaffiliated with the military and described as “civilian,” would be welcomed, Abdel Ghaffour.

“If the state being a civilian one means that it should not be under military rule; an institutionalised state which respects laws, then Al-Nour party shall have no objections upon the wording,” he said.

‘Yet, if it means that the Islamic Shari’a is worthless, then we are against such wording in the draft constitution.”

Afify said specifically demarcating a “civilian state” as not under “military rule” should not be mentioned in the constitution.

The final document, he said, should be as clear as possible for the Egyptian people to understand.