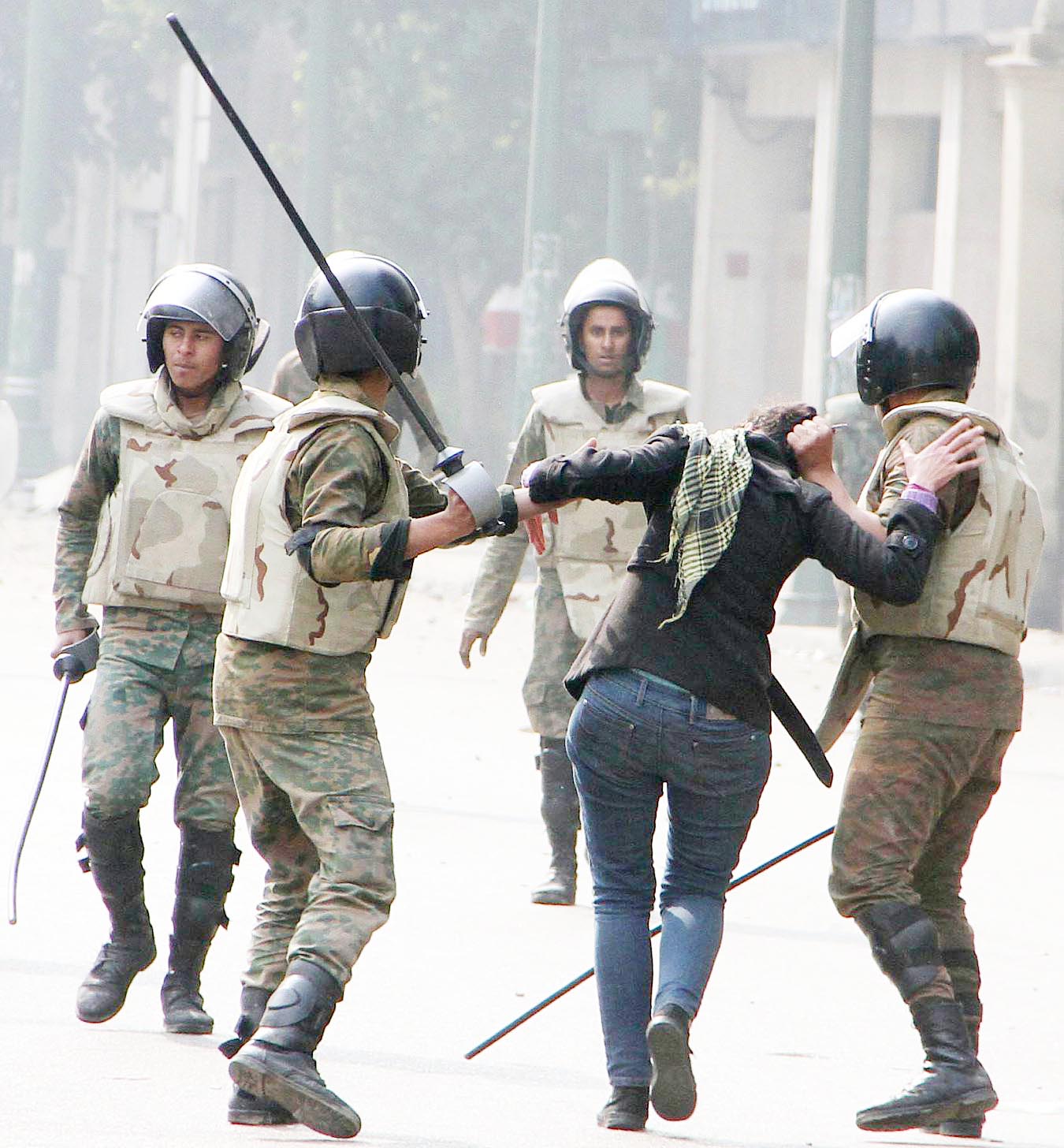 Civilians facing military trials are ‘criminals’ who can be pardoned by President Mohamed Morsy, the general in charge of the prosecutions said Monday, passing the decision onto the newly-elected president and challenging activists to prove allegations civilians awaiting trial are ‘political prisoners.’

The military’s hyperbole seems to indicate that the generals want to control how the public views those currently awaiting military trials, directly challenging conceptions made by human rights groups, and activists who believe the civilians were targeted for their political associations and views.

“In the legal sense of the word, there are indeed no political prisoners facing military trials.” Adel Ramadan, lawyer at the Egyptian Initiative for Personal Rights (EIPR), said. “That doesn’t cancel out the fact that thousands of civilians are currently being tried in front of military courts, though.”

Commenting on the military trials of those arrested during the Al-Abasseya clashes, General Adel Al-Morsi, head of the Military Judiciary Authority, confirmed on Monday that no ‘political prisoners’ are facing military trials.

He issued assurances that “the military judiciary had not released any arrest decisions” for ‘political prisoners’ since the January uprising.

The comments come on the heels of similar comments made by SCAF Major General Mahmoud Hegazy, who said in a televised interview the military had not engaged in violence against protestors.

“One of the things we are most proud of is that our hands have been untarnished by Egyptian blood for the past 18 months,” Hegazy said.

The comment seemed to run in direct contrast with documented events involving soldiers violently beating protesters, and military armored personnel carriers running over protesters in front of Maspero in October.

The messages highlight a rift between how the military junta perceives its actions after the uprising and what the public, human rights organisations and activists have experienced first-hand.

Others, however, accused the military prosecution of detaining political prisoners under false pretences and not guaranteeing them their rights.

Mohamed Abdel Aziz, one of the lawyers defending those facing military trials for the Al Abasseya events, said the SCAF supplementary decree gives the president the right to exercise all his powers in regards to all laws and legal documents.

This includes the ability to pardon prisoners, Abdel Aziz said.

“Now that we have a civilian president who had long been awaited on by the entire population and upon whom several people are hanging many hopes, we are expecting such a pardon,” Abdel Aziz said. “However, I prefer that we wait and see.”

According to Ramadan, protesters were arrested and then charged as ‘criminals’ in order to “maneuver the arrests” in a way which negated the fact that they are indeed political prisoners.

“Everyone has the right to be tried in front of an independent judicial body,” Ramadan said, in an attempt to explain why military trials are bad news for any protester. “That cannot be said about military trials.”

Ramadan explained that military trials are conducted by military officials and not civilian judges, and they are held under the auspices of the defense minister Field Marshal Mohamed Hussein Tantawi.

Moreover, the defendants in military trials undergo military detention and do not receive their usual rights.
They cannot call a lawyer or family for example.

Six revolutionary movements are holding a press conference in front of “Al-Etihadeya” palace in Heliopolis, alongside the families of those detained, in response to the state’s refusal to release all those detained for political reasons.