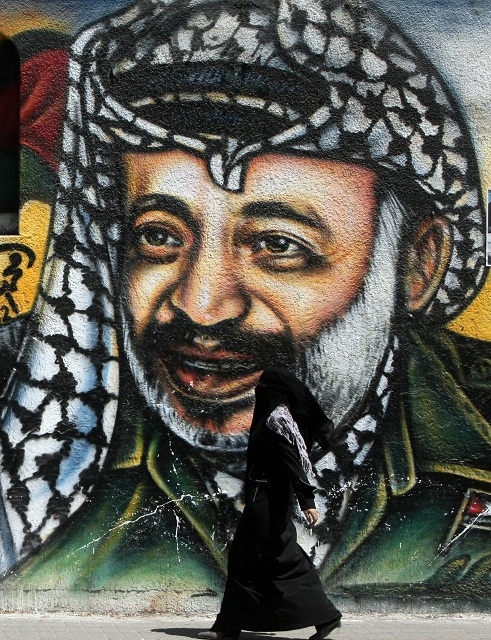 Palestinian President Mahmoud Abbas agreed on Wednesday to exhume former leader Yasser Arafat’s remains following allegations that he was poisoned with the radioactive element polonium-210 in 2004.

“President Mahmoud Abbas has issued orders to the committee investigating President Yasser Arafat’s martyrdom to follow up on all new information and reports regarding this issue and to enlist the help of all Arab and international scientific experts in finding the real cause of the late president’s sickness and martyrdom,” said Presidential Spokesperson Nabil Abu Radina.

The late Palestinian leader’s widow had called for his body to be exhumed after an Al-Jazeera investigative report suggested he was poisoned.

In an interview with Al-Jazeera on Wednesday, Suha Arafat said she demanded that the Palestinian Authority (PA) extract the former leader’s remains from his Ramallah tomb in the West Bank and conclusively determine whether or not he was radioactively poisoned.

“We have reached this painful conclusion, which has at least softened a part of the pain in my heart. I have now at least done something to tell the Palestinian people, Arabs, and Muslims that Arafat’s death was not of natural causes, that there was foul play involved,” she told Al-Jazeera.

She added that she expected the support of the PA, Abbas and the Yasser Arafat Foundation in revealing the full truth after Al-Jazeera revealed his poisoning and called on the Palestinian prosecutor general to issue orders for extracting Arafat’s remains and the appropriate Islamic religious authorities to rule on whether or not it was permissible to do so.

“The PA has always been prepared to cooperate and take the proper methods in attempting to reveal the real cause of the [Arafat’s] illness and martyrdom. There are no political or religious reasons that prevent resuming investigations of the matter and exhuming the late president’s remains by a specialised, trusted scientific and medical body if his family demands and approves it,” said Abu Radina.

Al-Jazeera conducted a nine-month investigation into Arafat’s death, the results of which it broadcasted on Tuesday.

The investigation, in which Al-Jazeera partnered with the Institute of Radiation Physics at the University of Lausanne, concluded many of Arafat’s belongings, handed over by his wife Suha, contained traces of large amounts of the radioactive element polonium-210.

“The conclusion was that we did find some significant polonium that was present in these samples,” Francois Bochud, head of the Institute, told Al-Jazeera.

Polonium has a history of being used in political assignations. Alexander Litvinenko, a Russian spy who moved to the opposition, was killed by having polonium put into his food in a London restaurant.