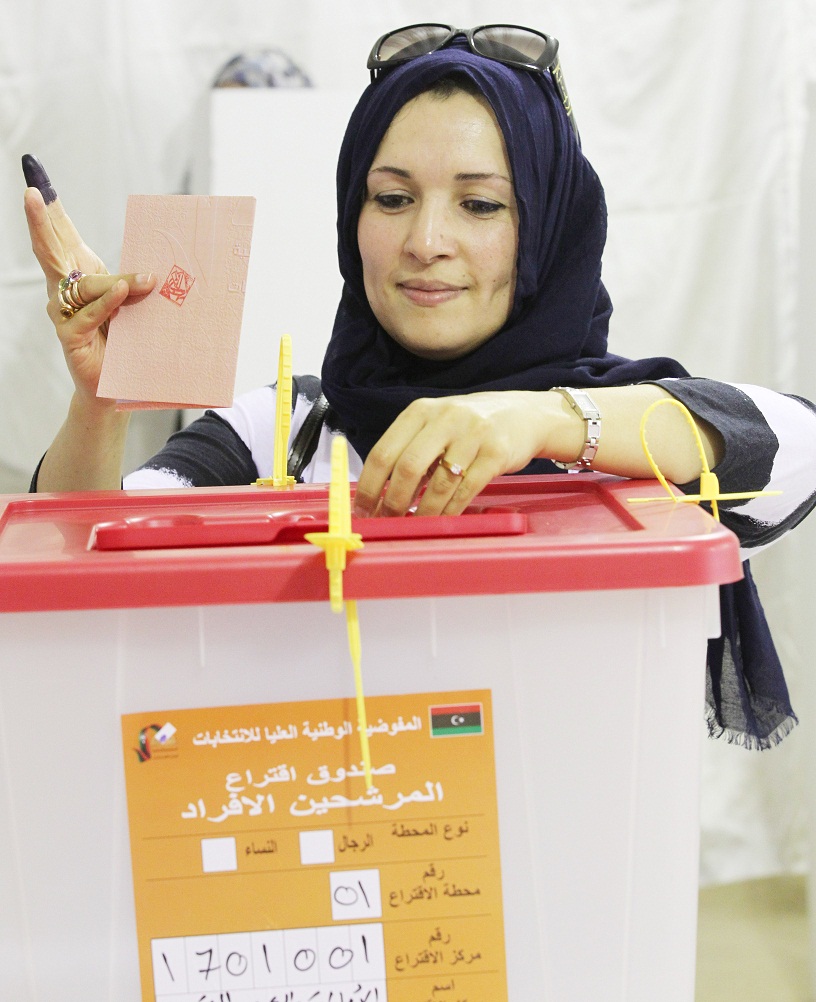 The period of campaign silence has begun as Libyans approach their first election since the downfall of former leader Muammar Gaddafi.

But what was spring’s Arab revolutions has led to this summer’s constitution writing.

Following closely in the footsteps of their Tunisian and Egyptian neighbors, Libyans will go to the polls this week to elect a body charged with composing the country’s first constitution since the ouster of Gaddafi.

The 200 member General National Congress will be responsible for selecting the panel of representatives to draft the constitution.

The Congress will also replace the National Transition Council, which filled the vacant seat of leadership left in the wake of last year’s bloody war.

The electorate is expected to put a high priority on localized interest in a country with a diverse population where unity has not always been easy to achieve.

Like in Tunisia and Egypt, voters are deferential, at least in part, to Islamic candidates from groups outlawed under Gaddafi’s rule.

The Libyan Muslim Brotherhood has emerged with the Justice and Development Party, headed by formerly jailed Mohamed Sowan.

Once the NTC’s Deputy Prime Minister, Ali Tarhouni has formed the National Centrist Party with an explicit focus on moderate politics.

However, with thousands of politicians running, many who are running as independent candidates, the outcome of the election is difficult to predict.

“This is what the revolution was all about: first of all freedom to chose,” said Jeppe Nybroe, head of Al-Hurra TV, from Libya.

“Every Libyan now has the duty and responsibility to build up a new Libya as they want it to be – as long as they respect the rights of human beings.”

There also exists the threat that the elections may not be executed as planned.

There is dissatisfaction in the east of Libya where feelings of political marginalization since the era of Gaadafi have led to anger at the NTC, also accused of favoritism toward western Libya, where the capitol Tripoli is located.

Protestors in the east advocate for a federal union between western, eastern, and southern Libya.

Demonstrations have since evolved to include armed groups manning roadblocks and attacking polling stations.

The majority of the east is likely to participate in this weekend’s elections, but the boycott movement could gain momentum, or worse, explode into violence.

The interim government is hoping for the best, while preparing for the worst.

As a security precaution, over 13,000 troops will be deployed ahead of the vote.

Furthermore, the Carter Center and the African Union have been invited to send election observers.

If a constitution is approved by the congress, it will then go to a referendum for the Libyan people to ratify.