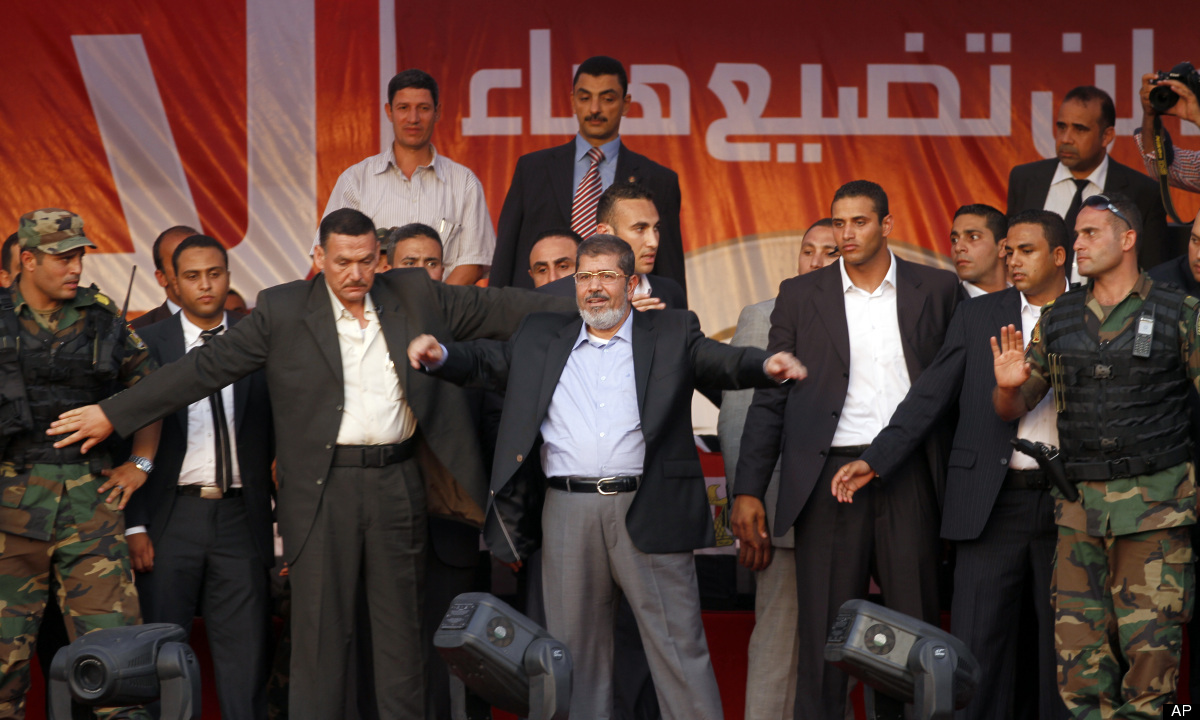 President Mohamed Morsy reversed the Supreme Council of Armed Forces’ decision to dissolve the People’s Assembly, the lower house of parliament, on Sunday, asserting his presidential power by directly challenging the judiciary and SCAF.

Morsy, who was elected president with limited powers, seemed to be signalling his readiness to use his full range of authority with the move, demonstrating a willingness to confront both judges and the generals who have attempted what many observers have labelled a ‘soft coup.’

Mere hours after the move topped all news sites and televised programs, Saad El-Katani, speaker of the People’s Assembly, released a statement that the legislative body would immediately convene on Sunday night.

“President Mohamed Morsy has decided to cancel the negative decision to dissolve the Parliament and has called it back into session,” read a statement posted on the presidency’s official Facebook page.

Egyptian state television was reporting late last night that the Supreme Constitutional Court was meeting to review the president’s decision. Similarly, sources close to the ruling generals told Al-Jazeera SCAF was meeting to review the move. It was unclear as of printing if the two bodies had taken any action in response to the president’s decision.

SCAF had dissolved the People’s Assembly after the SCC ruled the 2011 parliamentary elections law unconstitutional.

It subsequently released a constitutional decree limiting presidential powers and taking over legislative duties until new elections were held after the drafting and passing of a new constitution.

The decision extended SCAF’s stay in power after it had initially promised to fully hand over power to an elected civilian government by June 30.

The Administrative Judiciary Court had just referred a case calling for the dissolution of the Shura Council, parliament’s upper house, to the Supreme Constitutional Court.

Based on the decision to dissolve the People’s Assembly, it was understood that that the Shura Council would meet the same fate, meaning the complete dissolution of parliament.

The Administrative Judiciary Court was also meant to look at a case on Monday against the decision to dissolve the People’s Assembly. Morsy pre-empted the court, however, and issued a decree bringing it back himself.

According to Cairo University constitutional law professor Tharwat Badawi, the president’s decision is “100 percent” constitutional and legal. “The president has the right to call parliament into session because it was dissolved through unconstitutional means. The Supreme Constitutional Court can only decide on whether or not a law is constitutional, it cannot take decision,” he said.

Badawi added that SCAF Chairman Field Marshal Hussein Tantawi’s decision is null and void, seeing as the SCC cannot dissolve parliament. The SCC ruled for another court, in this case an administrative court, on the constitutionality of the law, he said.

However, it does not get to make decisions. According to Badawi, it is the prerogative of the original court to take a decision based on the SCC’s recommendation. The administrative court has not done so.

“Neither the Supreme Constitutional Court nor SCAF may reverse the president’s decision now,” Badawi said.“The SCC can only rule on the constitutionality of a law or decision if it is brought to it through a case and SCAF has no authority over the president.”