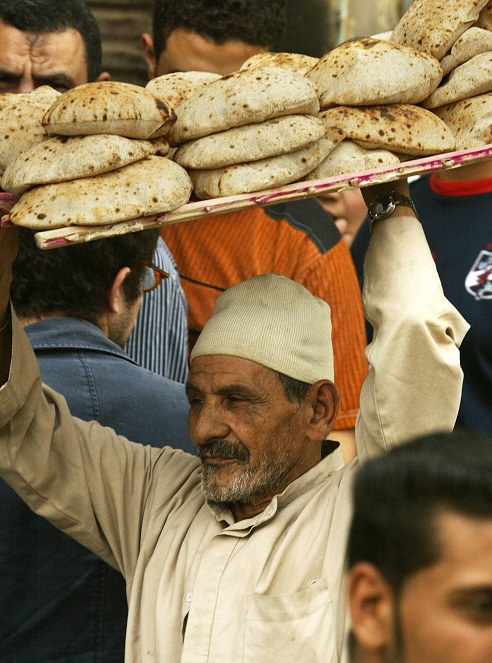 A recent study published online by BioMed Central has put Egypt in fifth place on their list of the countries with the most obese people in the world. It is surprising to think that a country which doubles as an open air sauna, where people are constantly on the move and drenched in sweat, could be so…big.

And yet there it is, Egypt carries more weight than most of the world, but there is a silver lining on the falafel; Kuwait and Qatar both rank higher than Egypt at second and fourth place respectively. It may be a hard nut to crack, but perhaps Egyptians could be egged on to find healthier foods if they realise the United Arab Emirates are riding the fava train just one place behind them.

Egypt needs solutions, there is no use crying over spilt milk. Perhaps Egyptians should go to the gym more often, eat more vegetables, look in the mirror, run more beauty pageants or just butter themselves up less and be more self-conscious.

Easier said than done, when many of the Egyptians faced with obesity have just enough to buy bread and butter. Well bread, but no butter. Of all the nations in the world, Egypt trumps all in bread consumption. This seems like as good a starting point as any for dealing with obesity. The bread is heavily subsidised and has become the staple for most people.

Bread is a major source of empty carbs, especially in Egypt where bread is made on an enormous scale meant for a mass market and easy and cheap consumption. A kilo of meat could cost you a week’s worth of bread for a family, and while vegetables are healthy and relatively well priced, given the season and street vendors, they are often not as filling.

For the poor the issue lies with their inability to bring home enough of the proverbial bacon. But they are far from the only people in Egypt who suffer from Intensified Gravity Syndrome. The rich and wealthy can afford to have a cake and usually they eat it too, spending most of their evenings being couch potatoes.

Going to the gym is not everyone’s cup of tea, and not within everyone’s monetary capabilities, but walking around the block a few more times than needed shouldn’t be too hard. If Morsy is up to the challenge, he could initiate a 100 day zumba-fit program, organise charity runs, place subsidies on healthier, filling alternatives to bread and promote healthy snack options in schools.

Now that we can see the elephant in the room, maybe it is time to exercise it.