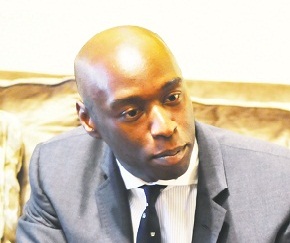 Egypt is your biggest market it the MENA region, representing a third of the region’s companies currently listed in the LSE’s main market, has their performance been commensurate with their share of the market prior to 25 January?

In terms of Middle East Global Depository Receipts (GDRs), that’s right. Egypt is about a third in terms of the entire GDR base in London and it’s much more extensive there. In fact, just fewer than 300 securities are listed through GDR format, including Russian, Nigerian and Argentinean companies. But in terms of the Middle East, Egyptian companies make up about a third of the DRs, which are approximately 30 DRs in total.We currently have 12 Egyptian issuers. Since 2003, they saw a raise of more than $1.6, billion, and last year in fact we’ve had a very impressive increase in trading volumes, about $8.6 billion. Now, the very nature of GDRs mean that they mirror the home market in terms of price performance, but we have been seeing in the GDRs in London is a specific premium, which exists in some of the larger GDRs.

So the performance is very much aligned with the home market, but as we know, it offers a very significant opportunity for the different investor types that reside in London and to gives them access to that stock in a familiar environment. This is the beauty of the GDR and is the reason it works specifically well for Egyptian companies.

During the closure of the EGX at the beginning of the revolution, GDRs of Egyptian stocks were trading in the LSE, what were the most important factors that influenced their trade?

There was a very big debate in London about how to react to the decision of the EGX closure, and there was direct consultation between the EGX, the LSE and Financial Services Authority (FSA,), which is the regulatory body in the UK. The decision wasn’t taken lightly, however, the methodology of the LSE and FSA is to always keep the market open unless there is an extremely specific reason for suspension, which is generally due to conditions other than just the closure of the local market as providing a continuous trading environment is very important.

We noticed once key fact, which was that the companies continued to trade at a much softer landing once the EGX had opened. For example, we have circuit-breakers in London, and each of the Egyptian stocks did hit the circuit breaker.  So on the first and second day of trading, some of them were down 15%, other dropped by 20%, depending on which circuit-breaker was broken.

But what we noticed happening very quickly is the re-establishment of the volumes. To the very unique set of investors who needed to have the ability to enter and exit Egypt, some saw Egypt as an opportunity during that time while others saw it as an exit opportunity. The important thing is that the market remained open and there was no other opportunity for these investors to trade that stock. So the prognosis we get from that is the investors are happy with the GDRs as a secondary instrument that can help to smooth out these volatility moments in the market, which take place on regular basis.

How would you describe the pace of recovery for Egyptian GDRs since then?

I think they’ve done extraordinarily well. We’ve seen some huge spikes over recent times and given the development of the political situation in the country, I think we’re witnessing a very positive response. Egypt is by far the most exciting opportunity for inventors in the Middle East, given the size and diversity of the economy and the veritable stability that we’ve had over the past few years, which makes Egypt a very unique destination.

So the market is watching with great interest, and I think we’ve seen lately, especially after election results, huge spikes in volume, valuations and prices. All of these factors will lead to a much more conducive environment for Egyptian companies and strengthen their ability to raise capital.

The standard listing system in the LSE requires compliance with the EU minimum requirements as opposed to the more strict UK standards for the premium listing. Wouldn’t that leave room for companies to be less transparent?

It is a simple fact that the LSE provides choice for companies that are in different stages of growth and development. What is most important here is that the London investor community discerns between the two. So yes you may well receive a slightly higher premium based on higher levels of disclosure for the premium listing, but ultimately investors understand the differences between the risks; the risk gets priced and identified appropriately and that’s the key to having those standards.

I think as time moves along, more Egyptian issuers will potentially look the values and he benefits of standard versus premium. But I think at this moment in time, given the visibility requirement of Egyptian issuers, standard-listed GDRs seem to work very well in the market.

So how are these companies monitored and regulated?

Everything is under the jurisdiction of FSA. So even the standard listing, which meets the minimum directives for the EU, whether it be on prospectus, on disclosure, on transparency and on the listing rules themselves.  Even on secondary aspects such a market abuse, all is completely governed by the FSA and governed by the EU, so it is absolutely incorrect to think that standard listing is a shortcut route.

How do you see the prospects in Egypt given the political climate?

We’re very excited about what has happened, hence the proximity of our trip to the announcement of the election result, and we think that this is very much the time where the growth potential of Egypt could be realised again. So we’re currently speaking to some of our existing clients and to potential new issuers.

We just recently had a new listing from Egypt for Orascom Telecom Media and Technology, which admitted to trading initially on our market and did a full listing that was completed at the beginning of the month. This has been testament to the fact that there is an appetite and demand for not just London investors, as the UK is a centre with which global funds invest through due to its proximity to various time zones. So as I said, the appetite is there, as well as the understanding that Egypt has turned a corner and that the growth potential is there to be realised. So we’re very excited about it and we’re going to keep coming here and keep encouraging companies to come to list and raise money.

One of the important key factors in that respect is that the LSE, since the first Egyptian listing, has very much underpinned EGX and helped to create global visibility whilst drawing investments flow directly to the EGX.

Take a company like Orascom Telecom, since its listing in 2000, its volumes, not necessarily its share price, have quadrupled. Of course much of that is due to the success of the company, but secondly is because this company is a globally visible telecoms giant at the same level of any global telecoms firm.

Is the LSE providing any new incentives for Egyptian companies to join?

We’re always looking to innovate, and we have to match the innovation and the energy that is happening here and continuously look at the opportunities for creating new sources for financing on public markets, even if that means growth in certain asset classes, away from the traditional equity asset classes. It is very important for us as an international exchange to continue offering these opportunities for international issuers. The work we’re doing in Egypt and across the gulf will hopefully keep the LSE in a position where it continues to be the listing venue of choice.

Are there any new developments on strengthening the link between the EGX and the LSE?

As an exchange, it is extremely important for us look for potential to collaborate. The EGX and LSE have been partners for a long time now we’ve signed several memorandums of understandings. For example, we signed an agreement in 2010 to provide the EGX with surveillance technology, which is currently in use by the EGX. Because of such type of collaboration, we have strong ties and links as well as companies that are mutually listed in both exchanges. So it makes sense for us as markets develop, and more importantly as issuers’ requirements develop and unfold, that we’re able to react positively and to provide a market place which funds and flows capital and movements of investment funds to enable companies who are becoming increasingly more global to meet their ambitions.