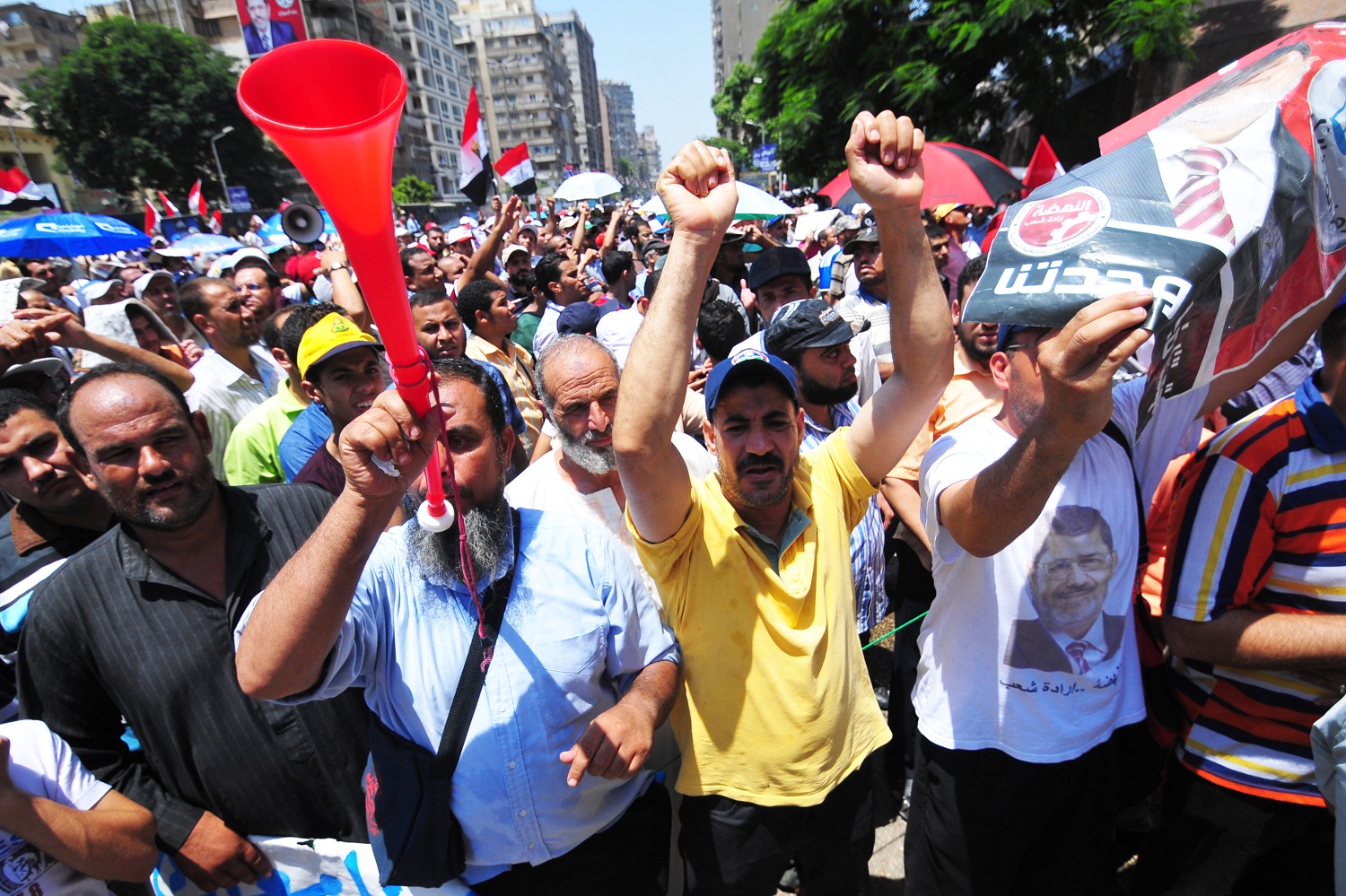 The Administrative Judiciary Court at the State Council is looking today at several key cases, the most important of which is one calling for the reversal of Morsy’s decree to reinstate the dissolved lower house of parliament, the People’s Assembly.

“The people support the president’s decision,” the protesters chanted. They bombarded lawyers and other figures against the presidential decree with shouts of “these are the remnants of the old regime.”

Prominent human rights lawyer and activist Negad El Borai was sprayed with water by protesters on his way into the court building for another case. El Borai had come out against Morsy’s decision.

“The hand that will approach the president’s decision, we will cut it,” said one lawyer inside the court hall.

Muslim Brotherhood lawyers called on the panel of judges presiding over the cases to recuse themselves from the case addressing the Constituent Assembly, citing a conflict of interest since the same panel ruled to dissolve a previous Constituent Assembly as well.

Presiding judge Ali Fikry responded by adjourning the case, which was followed by shoving matches between Brotherhood lawyers and those who filed the case against the assembly.

Finally, the court is also reviewing a case against the constitutional decree released by the Supreme Council of Armed Forces following the dissolution of the People’s Assembly. SCAF assumed legislative authority after the dissolution and stripped the president of his defence related powers.

One of the plaintiffs, human rights lawyer and former presidential candidate Khaled Ali, said he filed the case because constitutional decrees cannot be announced without being subject to popular referendum.

Ali added that the decree was unfair since it stripped the elected president of most of his important powers and gave them to SCAF, an unelected body.

Official rulings on all cases are expected to be announced by 4 pm.