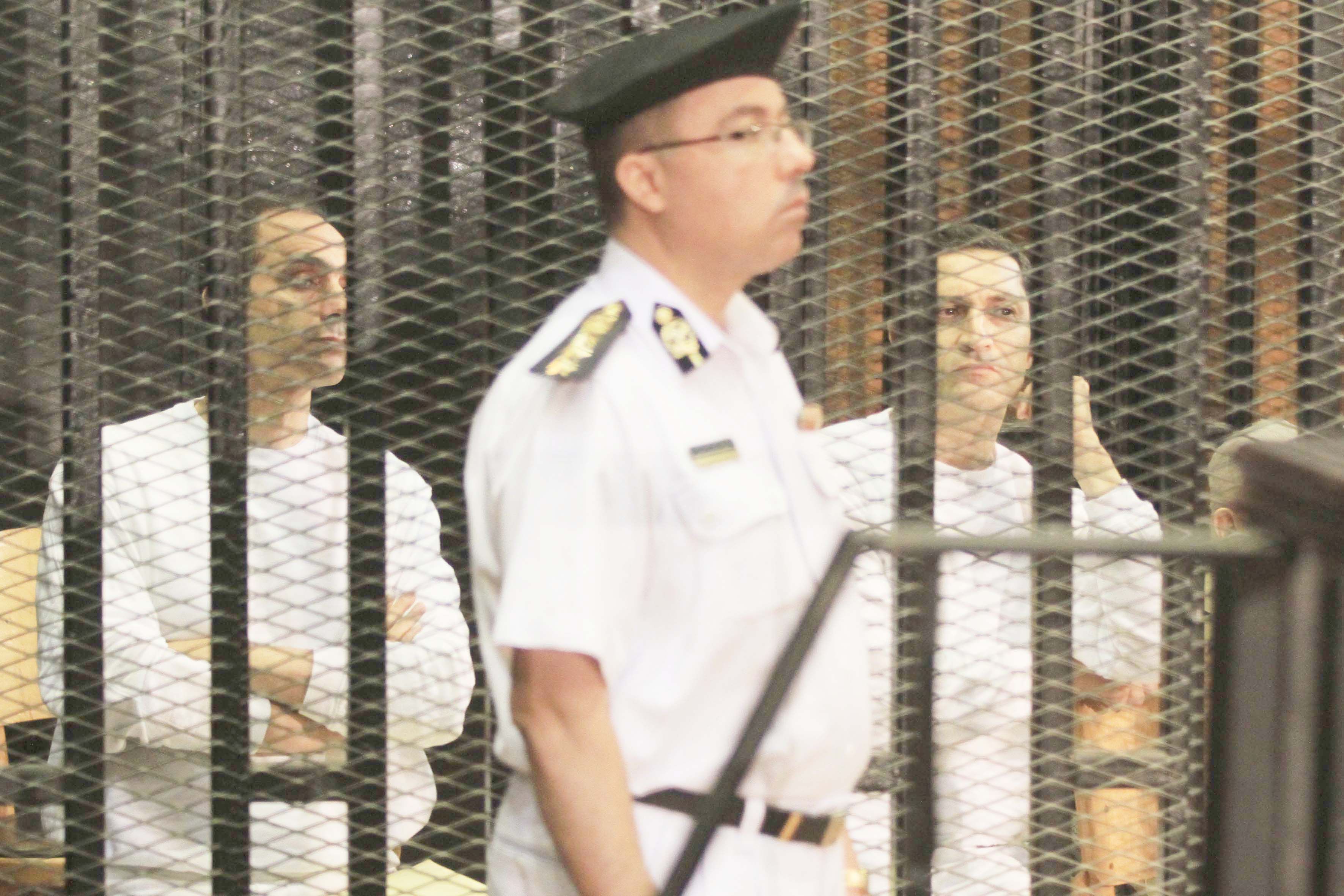 The Cairo Criminal Court charged with overseeing the insider trading and corruption trial of Alaa and Gamal Mubarak postponed its proceedings until September 8 on Monday, in order to allow the defense to review both documentation and witness testimony in relation to the charges.

Both of Hosni Mubarak’s sons denied all the charges and their lawyer Farid Al-Deeb called for their release until the trial resumes in September.

However, the court ordered they shall remain in jail until the next session.

The two defendants have been accused — alongside seven other defendants, most of whom are ex-top officials from the National Egyptian Bank and Hermes company – of manipulating the stock market to serve their own interests by the public prosecutor.

Both Alaa and Gamal are accused of seizing control of a majority of shares of the National Egyptian Bank by buying shares from small-scale investors and then selling them through third party entities in order to hide their identities.

The defendants are also charged with later transferring their profits to foreign banks abroad in order to avoid taxes.

The charges came days before the court sentenced their father, Hosny Mubarak, to a life sentence for not protecting protesters killed during the 18-day uprising. Gamal and Alaa faced similar charges but both were acquitted.