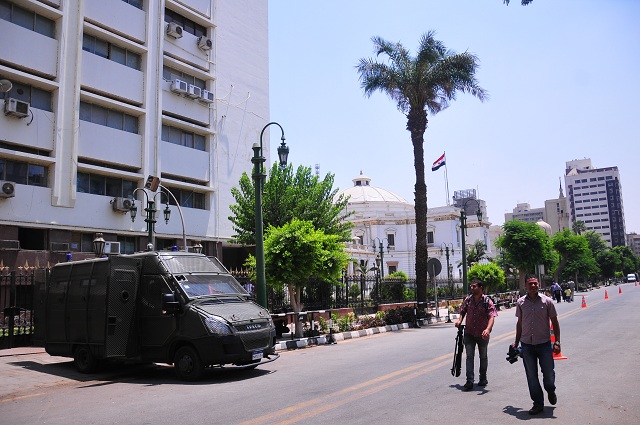 Despite President Mohamed Morsy’s ruling to reinstate the People’s Assembly, the fate of the legislative body remains in limbo, prompting the body to call on the country’s highest court, the Cassation Court to resolve the outstanding questions of the Assembly’s membership.

Crowds gathered outside Parliament to voice support for Morsy’s ruling with a minority arguing against them from across the street.

“The court will look into the validity of membership of MPs in the People’s Sssembly,” said El-Katany.

The members convened this morning briefly, for roughly 20 minutes before adjourning in order to allow the assembly’s legal committee to consult on a legal and final resolution concerning the legitimacy of the assembly.

“Al-Katatny quickly went through all the events which took place between the time the SCC’s decision was out and the time Morsy decided to bring parliament back,” said Ahmad Mahmoud Abdallah, of the Wafd Party. “He decided to refer the Supreme Constitutional Court’s verdict to the Cassation Court to investigate the legitimacy of each member of parliament’s membership to know whose membership is illegitimate.”

The question that persistently looms over the validity of the legislative body is whether one-third of its members are constitutional and valid.