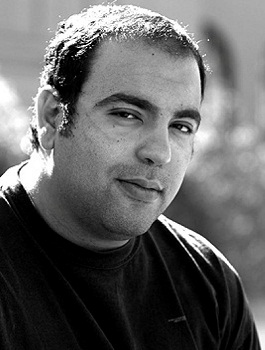 Three days before the election results came out, upon an invitation from a musician friend, I found myself traveling to Gouna to spend those last few days away from the circus that was Cairo at the time.

So, here I was, chilling with his friends and acquaintances, who were a collection of Kanaba party members who decided to become Shafiqistas, and who naturally derided me- and accused me of wanting Morsy to win- for choosing to invalidate my vote (the same happened with the “revolutionary” friends who supported Morsy; Invalidation is fun!)

Besides being completely horrified at the prospect of an MB president, they truly believed, through “insider information”, that Shafiq had won, and that the SCAF are about to launch a full-throttle attack on all the Muslim Brotherhood all over Cairo and end this nightmare of Islamists in power that they have been living under for a while.

Despite my assurances that there is no way in hell the army would a) let Shafiq ever be president, b) start a mini-war with 5 million people, and that it was glaringly obvious that they are in intense negotiations with the MB, they have all ignored me due to their blind assurances that Shafiq already won.

Not only did those people become political & media analysts all of a sudden, and many of them were never moved to go any single demonstration in their lives and avoided Tahrir during the initial 18 days, upon seeing the pro- Shafiq demonstration, expressed genuine desire to go there and protest for the first time in their lives.

They went to sleep, filled with optimism and hope, and then woke up the next day to the results. That night I walked in the Marina, & it was a ghost town. Every Shafiq supporter I know stayed at home, depressed, lost and confused. I envisioned that many have heavily contemplated slitting their wrists by breaking full & chilled champagne bottles.

The following week many of them tried to explain their confusion by circulating some of the most absurd conspiracy theories to explain why the results were “changed”, anywhere from the army succumbed to the threat of terrorism by the Muslim Brotherhood, to having them succumb to judges who wouldn’t have allowed the invalidation of the “fake” Morsy votes to protect their fellow corrupt judges.

But all of this was to avoid admitting the true message of the SCAF that day: That it doesn’t matter who won or who got the most votes, in the end they are the ones who appoint the President, and they are the ones who hold all the cards. That election and campaigning and fundraising are all fun and all, but the SCAF are the ones who decide who to give the legitimacy of the ballot box to, not the voters, and that it was all up to negotiations and deals, and not the people.

That was the first part of the message, the one that many received, but the second part, for some reason, has escaped the majority of the Shafiqistas, mainly because it was simply too insulting for them to comprehend: the utter contempt that SCAF feels towards them, and how they view them as gullible and as easily manipulated as the revolutionaries, including even giving them false information and mobilising them just to use them as a negotiation tactic with the Muslim Brotherhood.

You would think it would seem obvious to the old NDP segment of the Shafiqistas, but for some reason none of them ever asked themselves, why would SCAF support them? Why would they bring them back to power, given that they are the same people that have caused this headache of a revolution for SCAF to begin with? Because the old NDP continued to support SCAF for the past year and a half and would never cross them or cause them any problems?

Please… So what? It’s not like the old NDP would stand up against the security state, given that they always wanted to stay in its favour. It wasn’t done out of love, it was loyalty based on fear and need, and one that wanted the army to engage in an internal mini-civil war and weather the ensuing global outcry so that they can keep living their lifestyle and go back to power.

Why wouldn’t SCAF despise them, use them and discard them the way they did? They know they are not going anywhere; that they know their place. And SCAF is not wrong to believe that: look at how many of them still believe that the SCAF was cornered or that they gave in, in order to save the country. It would be comical if it wasn’t so sad.

There is, however, a minority in that group that received the message in full, and for the first time in the past year and a half let go of their assured cockiness and faith in the security apparatus, and who said, for the first time in their existence, -whether muttered in secret, or out loud in private or in public- Down with Military Rule. To those I say: Welcome to the party, people. Better late than never, I suppose. I have been waiting for you, and I have a message of my own to give you.

I know that there many of you who truly love this country and who are some of its best talents and minds, and who were not happy with the direction it was taking, but you ended up being close to or entrenched in the old regime because you wanted to achieve certain things or protect your interests and there was no other way to do so.

I know that you too hated the bribes and the corruption and the torture but you didn’t believe we could do any better or change anything.

I know that you knew that what was happening was unsustainable and that the collapse was coming, but you simply wanted to extend that period of stability as much as possible and so desperately wanted to regain it afterwards. I get it, but those days are over, and it’s time for you to make your peace with that.

It’s also time for you to join up and fight for the country that you love and want to see improved, knowing that it won’t be easy and that it will take a lot of work. It’s time for you to leave your couches and defend your interests, and fight with us to turn this country into a true civil state, not one controlled by the military or the theocrats.

The old regime’s days are gone, and along with it all of the excuses. There is now a new regime that is being formed, and it’s up to you to ensure that it doesn’t mimic the old one. And if you don’t want to do this out of patriotism, do it out of self-interest: You are no longer under the protection of the old regime; you are the people now, and it’s in your best interest to ensure that the new regime doesn’t do to the people what the old one did.

The new regime is being formed as you read this, there are no guarantees and all the issues are on the table: from women’s rights, to freedom of expression and the arts, to transparency, to security. You need to ask yourself the one question: What kind of country do I want to live in?

Choose your front, whether joining a political party, fighting social battles, doing social work, creating and sponsoring cultural events, or fighting for more transparency in the government. No matter what it is, start working.

Understand that we cannot continue to function as a country with our institutions being so corrupt that they cannot be trusted to run an honest free and fair election where the results are announced instead of negotiated.

Rage against them because it’s not acceptable for any self-respecting human being to live this way, under the mercy of the institutions created to serve him, to be manipulated, terrorised or cast aside by them when they choose to.

This is not a life, this is no way to build a future, and it has to stop. We need you to help us stop it. We are either the masters of our fate and country, or we are nothing.