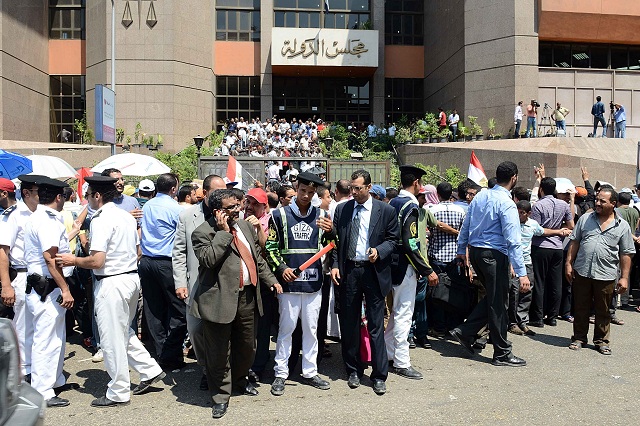 The Administrative Judiciary Court has decided to accept a request to go through with the Constituent Assembly dissolution case it had initially postponed to September. The court will now be looking at the case next week on 17 July.

The initial postponement of the case had given the assembly, tasked with drafting Egypt’s next constitution, enough time to finalize the charter before the court date.
Bringing the case forward means that if dissolved, the Supreme Council of Armed Forces will have the right to appoint a replacement assembly as per the supplementary constitutional decree SCAF released in June.
The assembly had been dissolved once before for having members of parliament among its makeup. The second and current assembly also has MPs in it and so will likely face a similar fate.
Topics: Administrative court Constituent Assembly Egypt