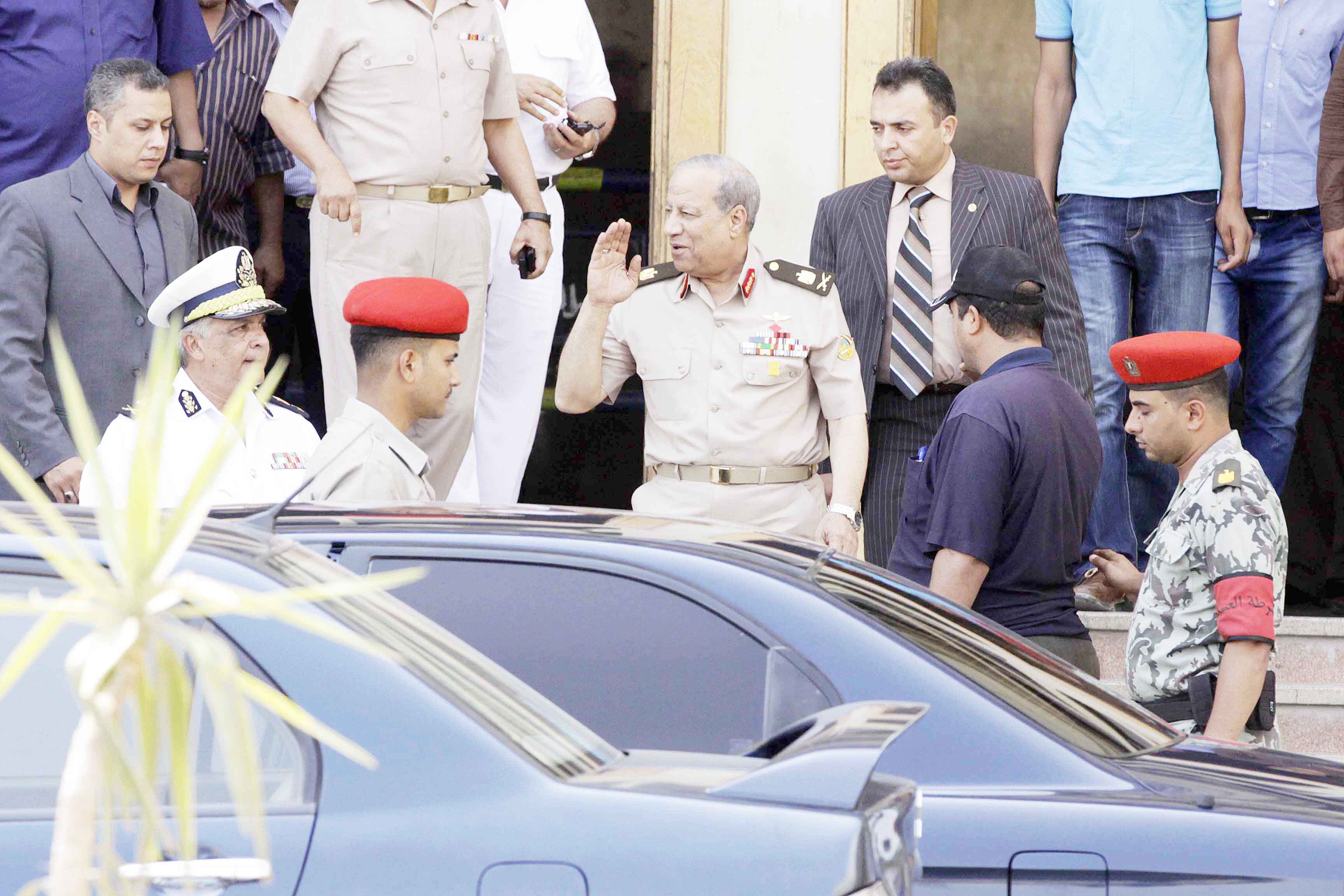 The trial of two dozen former regime officials charged with orchestrating an attack that left dozens of demonstrators injured in February 2011 resumed on Tuesday with the testimony of commander, Hassan Al-Roweiny.

Between 2 and 3 February, men riding camels and horses attacked anti-Mubarak protesters gathered in Tahrir Square. The incident has been widely referred to as the Battle of the Camels and attracted wide media coverage as well as condemnation for its shocking images of men on horseback and camels riding through a tightly-packed Tahrir Square.

Facing the Cairo Criminal Court, Roweiny claimed that as far as he knew, there were no reports of deaths or weapons seized from attackers in Tahrir Square after the incident, disputing accounts that attackers were armed and that people were fatally injured.

Al-Roweiny has claimed that the only reports he was aware of were of injuries, and insists that harm was incurred on both sides when demonstrators pulled riders off the horses or threw stones and petrol bombs at opposing demonstrators.The attack occurred within days of police being pulled from Egypt’s streets after a series of devastating and deadly clashes in the early days of the uprising to topple former President Hosni Mubarak.

The violence, after a brief lull, took a turn for the worse on 2 February beginning with the Battle of the Camels incident in the early afternoon and culminating in violent clashes with pro-Mubarak demonstrators, accused of being police in plain clothes, that night. In total, it was estimated that over 30 people were killed in the incident by live ammunition and knives or blades.

The men on the camels were largely identified later as the riders and caretakers of camels from tourist destinations. They claimed they were coerced and misled into the clashes with demonstrators. Uncovering who exactly is responsible for orchestrating the attack has been the principal objective of the case.

Former People’s Assembly Speaker Ahmed Fathi Sorour and former Shura Council speaker Safwat Al-Sherif are among the 24 defendants in the case. “I asked Beltagy to tell those people to get down, but he denied any links to them,” Roweniy said, adding that he ordered one of the soldiers to shoot at them if they do not respond.